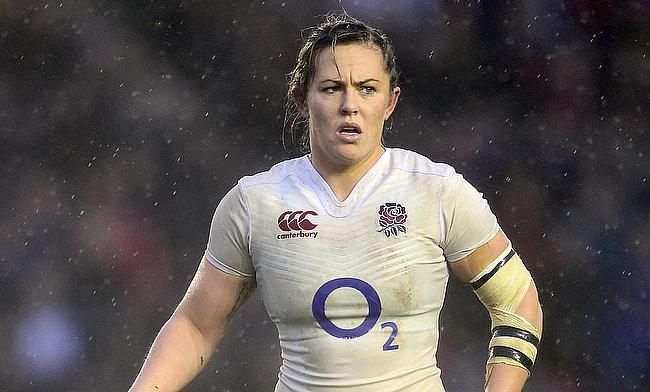 Marlie Packer will start at openside for England
©PA

England number eight Poppy Cleall will lead the side for the first time as they face New Zealand in a rematch in Northampton on Sunday.

Cleall will replace Sarah Hunter with the latter dropping down to the bench as the Red Roses look to complete a second win over the Black Ferns after defeating them 43-12 last weekend.

Zoe Harrison is retained at fly-half with Helena Rowland and Holly Aitchison forming midfield partnership. Lydia Thompson is at right wing while Abby Dow, who scored a try in the previous game is slotted at left wing with Ellie Kildunne starting at fullback.

Hunter is joined by Sarah McKenna and newly capped Maud Muir on the bench.

"We were absolutely delighted with the performance and the result last week. We were really proud of the players and it was a privilege to be part of such a special occasion at Sandy Park," head coach Middleton said on Friday.

"We know this weekend is another huge game but it's one we've prepared well for in Northampton and it's that preparation that gives us the confidence and belief that we can perform not only to the same level but hopefully even higher this weekend.

"Developing leadership across the squad is really important and we've named Poppy as captain and Leanne as vice-captain for this game. With less than a year to go until the World Cup, it's important our leadership group is broad and we see both of them as falling into this category.

"We've made a number of changes to the starting XV as it's important the broader squad are exposed to rugby at the very highest level."