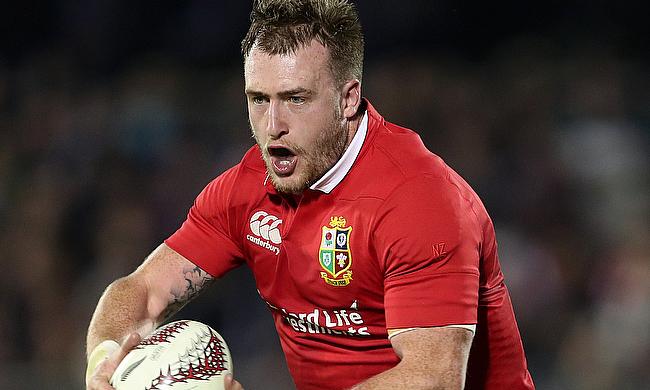 Andy Farrell believes the British and Irish Lions have plenty of cover for Stuart Hogg, pictured, who is sweating the extent of a cheek injury
©PA

British and Irish Lions defence coach Andy Farrell stated that Scotland international Stuart Hogg will be given all possible time to recover from the cheek injury that he sustained during the tour game against Crusaders at AMI Stadium on Saturday.

The Glasgow Warriors fullback sustained the blow during the 19th minute of the game after he collided accidentally with Conor Murray's elbow and was replaced by England's Anthony Watson.

Head coach Warren Gatland revealed after the game that the extent of damage of Hogg's injury will be known within 24 to 48 hours but Farrell insisted that there is no need to rush for a replacement considering the vast depth in the squad.

Jared Payne has been slotted at number 15 for the clash against Highlanders on Tuesday while Leigh Halfpenny, Elliot Daly and Anthony Watson can also feature at the position, if there is a necessity.

"Warren (Gatland) will give Stuart all the time he needs to make sure he's right," said Farrell, of Hogg's injury situation.

"We'll just wait for the outcome but at this point in time we've got a big squad and a lot of people in place to cover different positions.

"We picked a bigger squad this time round than we did for the last tour, simply because of the schedule - not just the games but the travel time and the amount of time we're going to have on the training field together.

"We're through a few of those games now, and obviously after Tuesday night it will be one less.

"Jon Davies is good, he's on track with his protocols after his head injury.

"And Dan Biggar has been smashing me all morning, so he's fine and ready or tomorrow night."

Biggar himself has recovered from a head injury and will be the preferred fly-half for the Tuesday's game.