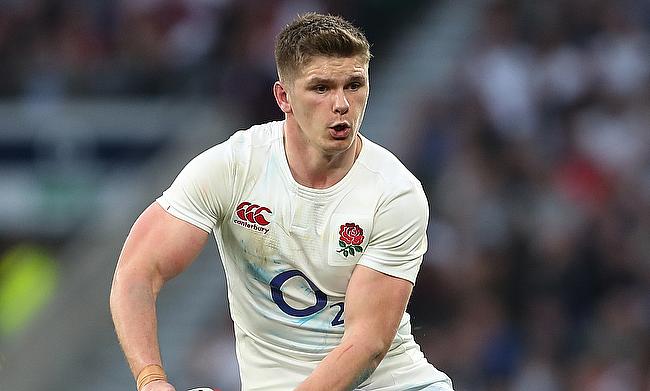 Owen Farrell is recovering from an ankle injury
©PA

England have received a much-needed boost ahead of their Six Nations campaign with skipper Owen Farrell and centre Manu Tuilagi expected to be fit for the tournament opener against Scotland to be played on 5th February.

Farrell sustained an ankle injury during the November series clash against Australia and had to undergo a surgery that was expected him to be sidelined for up to three months.

Nevertheless, Saracens director of rugby Mark McCall revealed that the 30-year-old is expected to return to action at the end of January.

“He will be back towards the end of January,” McCall said.

“It won’t be in the next couple of weeks, but it should be before the Six Nations.”

Meanwhile, Farrell's team-mate Jamie George, who also was sidelined with a knee injury is expected to be available for the weekend's clash between Saracens and Northampton Saints.

“Some of the estimates that you get are quite conservative, to begin with, and there is always an expectation that Jamie would beat the estimate,” McCall added.

“He was very, very nearly OK for last weekend, but when Covid came and he couldn’t do the exercise he could, we thought we would wait a week. He is raring to go and we can’t wait to have him back.”

Tuilagi, who suffered another hamstring injury during England's game against South Africa has been making good progress according to Sale director of rugby Alex Sanderson.

“He’s had a few [injuries], hasn’t he, so he knows how to manage injuries. I think he’s a bit early and it’s going to be on the specialist’s call, but at the moment, he’s doing really well.

"We are supremely happy, the more games he can get and the more he can influence people around here, the better.