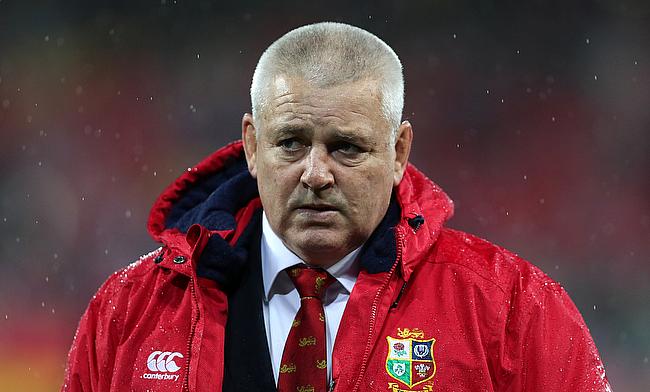 The British and Irish Lions matchday squad for the first Test against South Africa to be played in Cape Town on Saturday has been reported to have been leaked out with Alun Wyn Jones set to captain the side.

Gatland was originally scheduled to name the side on Thursday but it was then moved up to 10 am on Wednesday morning but The Times have reported that they have the matchday 23 squad with England skipper Owen Farrell named on the bench.

According to the report, Stuart Hogg will start at fullback with Liam Williams out with concussion while Dan Biggar has been the preferred fly-half with Ali Price at scrum-half over Conor Murray, who joins Farrell among the replacements.

Maro Itoje has been joined by Jones at second row while the back row has Courtney Lawes, Tom Curry and Jack Conan.

England hooker Luke Cowan-Dickie starts ahead of Ken Owens while Jamie George is not part of the matchday squad and is joined on the sidelines by Josh Adams, Toby Faletau and Bundee Aki the report further claimed.

Anthony Watson is at right wing with Duhan van der Merwe on the left while Elliot Daly and Robbie Henshaw form midfield partnership.