Over 6,000 miles from home in Scotland, Camburn is growing the game in Bolivia 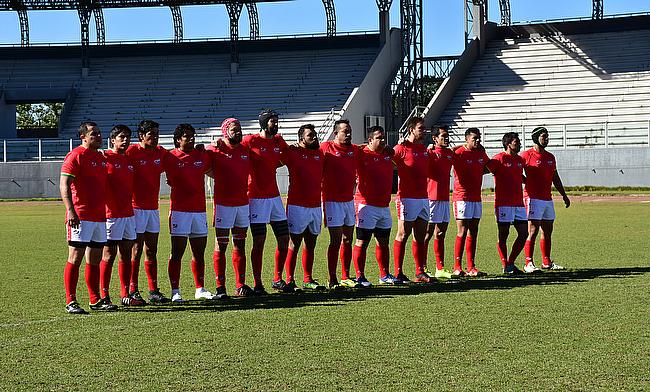 Bolivia are growing as rugby nation thanks to the guidance Mark Camburn.
©Mark Camburn

In July the Bolivian men’s national rugby team played their first ever matches and the sport in the country is slowly, but surely, growing there.

That is down to a lot of hard work from South Americans, but a Scot by the name of Mark Camburn helped a lot to get things to the stage they are at now.

And because he qualifies to play for them on residency he has already turned out for Bolivia and hopes rugby will grow and grow there.

So, how did Camburn com to end up in Bolivia and take rugby with him?

“I'm from Drem, in East Lothian and I grew up playing rugby in North Berwick from the age of about six,” Camburn told TRU.

Win a signed Scotland Jersey by supporting the Bolivian National Rugby Team. For every £10 donated, you will get 1 chance to win the Jersey. Huge thanks to our friends @scotlandteam for their support! https://t.co/IYRq8k9h7p #boliviaxv #backingblue #asone pic.twitter.com/WUQJrMhn3y

“I played mini rugby and then played for the North Berwick High School first XV. I have always loved rugby, I remember first playing with my dad in our garden.

“I remember we never played football, only rugby, tennis and cricket. I have really fond memories of sitting in front of the fire in our living room watching the Autumn Tests and the Five Nations [as it was then] games and can still hear the voice of Bill McLaren clearly.

“I've always enjoyed the challenge of rugby, both on a personal level and in terms of the team.

“I have always known I am not the most gifted player, but I enjoy challenging myself to deliver for the team.

“Back in the mini rugby days I remember winning tournaments and getting our medals presented to us by Gavin Hastings while at high school I remember taking on the big schools in Edinburgh, and often beating them.

“When I was 18 I went to Argentina on a gap year to teach English and learn Spanish.

“I went travelling through South America and this was when I first went to Bolivia. I then came back to Scotland to start university, studying Product Design Engineering at Strathclyde.

“Halfway through my first year I switched to Latin American Development Studies at Portsmouth University.”

Camburn settled down in his studies at Portsmouth before heading back to Bolivia to do a volunteer placement with an NGO in his third year.

After graduating, he returned again to work full-time for the same NGO in 2006 and, after five years in that role, he got a job as Latin America Programme Officer for the Scottish charity SCIAF (www.sciaf.org.uk).

Camburn returned to Scotland for the job at the end of 2010, but is now back based in Bolivia working for the same charity and has been there since 2015 meaning he can also be close to his son.

No rugby to be found, but there soon was

“When I first came to Bolivia there was no rugby here,” Camburn, now 36, stated.

“When I came back in 2006 there was a small rugby scene and I became aware of it at the end of 2007 when I saw an advert for an international rugby tournament in my city called Santa Cruz de la Sierra.

“I went along to watch and saw there was a team called Santa Cruz Rugby Club, and I got talking to them.

It may be history, but over the last 12 years Camburn has put a lot of effort into growing rugby in Bolivia.

When he started to train and play with Santa Cruz there was no national league, no national union and very little opportunity to actually play games.

Fast forward to 2015 and things had moved on.

“There were many more teams - four in Santa Cruz, two in Cochabamba, and others in La Paz, Tarija and Yacuiba - and a national league was about to start,” Camburn said.

“I also got involved at that time in coaching and growing mini rugby because my son had played mini rugby for North Berwick previously at that level and I wanted to ensure he could carry on playing.”

Ten years on from first discussions – a national team is born

Camburn explained: “In terms of the national team, we first talked about the possibility back in 2009, but it has only become a reality this year.

It has taken time to get the Bolivian Federation up and running, get accepted into Sudamerica Rugby [an affiliate of World Rugby] and have enough players to choose from.

“Last year Bolivia hosted the ODESUR Games and sevens was part of this. This proved to be the catalyst to get things moving and Bolivia had a sevens team in the men's and women's tournaments and this year have taken the next step to developing the men's XVs team.

“We played our first matches on July 26 and 28 in the Bolivian city of Yacuiba which is on the border with Argentina. The matches were against two development teams from Salta.”

As with growing any sport, taking rugby to new areas of Bolivia and maintaining strenth-in-depth can be tough.

Camburn has so far been involved as a player and is now also helping with fund-raising.

As the national team have no sponsors or support from the state, it is a real challenge to put the team together and to be able to play.

“I hope we can reach full international status, and compete initially in the Sudamerica C tournament,” Camburn said.

“I think we have the potential to move up to the B tournament, and that would be my hope for the next two to three years. I really hope the sport can grow more in Bolivia, and that we can get lots more boys and girls playing.

“Currently there are no proper rugby pitches here in Santa Cruz and we play on a football pitch which we adapt for games.

“We train and play in tropical conditions here in Santa Cruz, but when we travel to Cochabamba or La Paz for a game we have to play at high altitude.

“A match weekend in the league often involves leaving on the Friday night by bus, travelling over hours, playing at altitude and then heading straight back on the bus home, arriving back on Sunday.

“This is one of Latin America's poorest countries and that is why our current funding campaign is so important, as it will allow players to take part and not have to worry about the cost of playing.

And to help Camburn and others raise funds to help rugby grow in Bolivia visit https://www.gofundme.com/f/fund-the-bolivian-national-rugby-team - on there there is also the chance to win a signed Scotland strip.