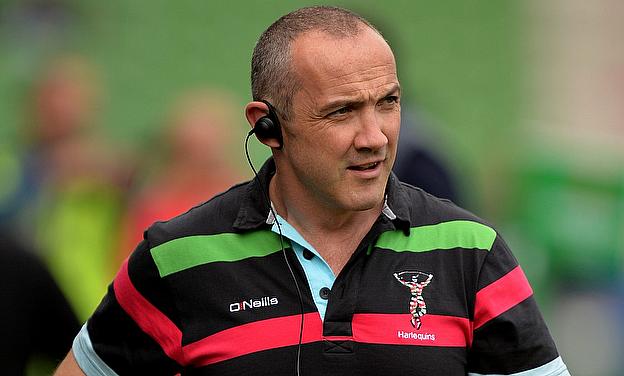 Harlequins director of rugby Conor O'Shea welcomed a "very, very big win" in what he predicted will be the hardest fought Aviva Premiership title race yet.

A crowd of 74,827 at Twickenham saw Nick Evans, Charlie Walker and Mike Brown score tries as Quins retained fourth place with a 22-6 victory over Exeter.

The only disappointment was the 2012 champions' inability to secure the bonus point having amassed a 19-3 interval lead in a dominant first half.

"We'll have emotional highs when we're playing well and emotional lows when we lose games and are written off, which will happen during the run in," O'Shea said.

"This will be the tightest Premiership ever, but we will be true to ourselves and will play the way we do.

"That was a very, very big win for us. It would have been lovely to get the bonus point and it's frustrating we didn't because we created a huge amount.

"But we played some magnificent rugby and if we play like that we'll be a tough team to play.

"Our aim after the difficult start to the season we had was to be in the top four at the halfway stage, which we are. We will get stronger and stronger and give it a good crack."

Exeter would have replaced Harlequins in fourth had they won on their first visit to Twickenham as a Premiership club.

Head coach Rob Baxter's biggest complaint was the Chiefs' failure to do themselves justice, despite drawing the second half 3-3.

"In hindsight this result was probably to be expected a little bit because it was our first occasion at Twickenham," Baxter said.

"I'm not broken by losing to Harlequins away from home, I'm just disappointed we didn't show more of ourselves.

"We think we'll be involved in big games down the line so this was very important for us because if you want to win big games, you have to win at Twickenham.

"I was impressed by the intent and intensity that Quins brought to the game in the opening period. That knocked us out of our stride.

"The second half was better because we showed intent in the collisions and some attitude in what we did."