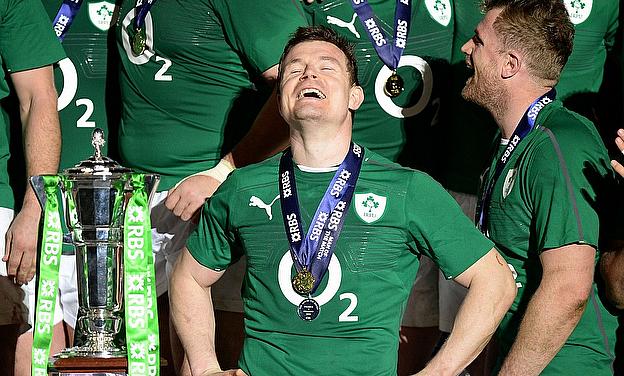 Test rugby's most-capped player has agreed to assume the chief cheerleader role for the 2023 campaign, after joining Ireland's newly-formed bid board.

Gaelic Games boss Paraic Duffy has been named on the Irish Rugby Football Union's (IRFU) World Cup oversight board, a further pledge that grounds like Croke Park would host action should Ireland stage the 2023 tournament.

Former British and Irish Lions captain O'Driscoll will be charged with lobbying for support as Ireland start to add substance to their 2023 bid.

"This is a very exciting opportunity for Ireland and, while competition will be fierce for what is one of the most prized events in world sport, we will leave no stone unturned in putting together a world-class case for Ireland," said IRFU chief executive Philip Browne.

The Irish Government and Northern Ireland executive have already backed Ireland's 2023 bid, that was launched in December.

Gaelic Games stadia like Croke Park will be vital to Ireland's bid, and the addition of Gaelic Athletic Association (GAA) chief Duffy to the board further underscores the strength of the Irish preparations.

South Africa, Italy and France have all joined Ireland in publicly announcing their aim to land the 2023 global gathering, while the United States could yet join those ranks.

World Rugby officially opened up the bidding process on Thursday, confirming they will now accept receipt of expressions of interest to host World Cup 2023.

Member unions now have until June 15 to lodge their initial application, with the host not selected until May 2017.

A phased bidding process means detailed tender information will not be sent to interested unions until May 2016, with final bids to be lodged by June next year.

World Rugby will invite interested unions to a two-day workshop in London on June 4 and 5 this year, to help streamline the first step in the bidding process.