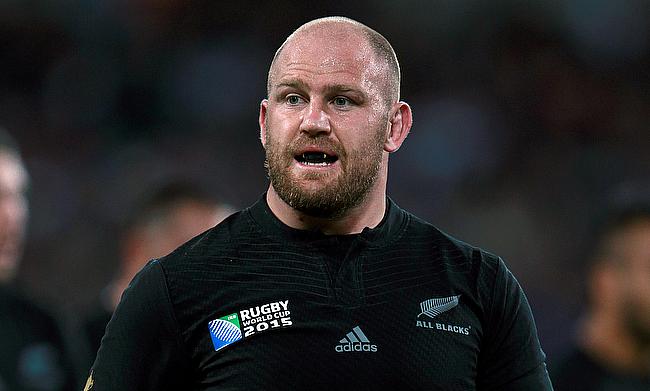 Franks will be reunited with Chris Boyd, the incoming Saints director of rugby who he played under at the Hurricanes. He will replace Kieran Brookes, who is set to leave the club at the end of this season.

Franks says linking up with former Hurricanes coach Chris Boyd was a major factor behind his move to the Northampton Saints.

"I'm delighted to be joining Saints at such an exciting junction for the club," said Franks, capped 47 times by the All Blacks.

"Linking up with Chris Boyd once again was of course a big factor in this decision; I remember him as a gifted and hard-working coach, and I know he will be desperate to make a fast start in England as he did in Wellington with the Hurricanes.

"I still feel like I have a lot to offer in the Aviva Premiership, and having experienced the Franklin's Gardens atmosphere first-hand, I can't wait to run out for Northampton every week.

"Seeing the facilities at the club and looking at some of the quality players that have been brought in for next season, the ambition of Saints is clear, and I can't wait to be a part of that."