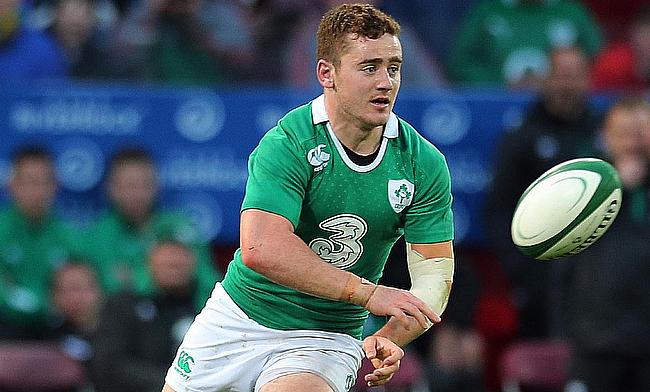 Man-of-the-match Williams muscled over from a close range ruck to decide the inter-provincial clash, handing Connacht their first defeat in eight home games.

A tight first half ended 3-0 in Ulster's favour, with Paddy Jackson's 32nd-minute penalty putting Les Kiss' Toulouse conquerors in front after they had weathered an early storm.

After two penalty misses from Craig Ronaldson, replacement fly-half AJ MacGinty booted the hosts level while Ulster were down to 14 men - centre Luke Marshall having been sin-binned. However, number eight Williams ensured the men in white had the final say.

Connacht hammered away at the visitors' defence during a typically frenetic opening in Galway, two line-out mauls getting them within sight of the try-line and their backs also pressing out wide.

Ulster's defence held firm though and Pat Lam's frustrated charges had nothing to show for a 72 per cent share of possession.

Connacht's tackling was ferocious at times, Kieran Marmion catching fellow Ireland international Robbie Diack with a thunderous hit, but it was a cagey affair for the most part with handling errors blunting both attacks.

Hands in the ruck allowed Jackson to kick Ulster in front from long range, drilling over from a left-sided position, and their young left winger Rory Scholes imposed himself with a couple of quick-witted runs.

Ronaldson, who had missed a difficult first-half kick, sent a 49th-minute penalty to the left and wide and Ulster were able to absorb the pressure very effectively, a scrum penalty sending them back into the Connacht half.

Scholes threatened again, this time on a midfield burst, but Marshall's cut-out pass landed at the waiting Andrew Trimble's feet and the experienced winger knocked on.

Marshall soon saw yellow, earning 10 minutes in the sin for tripping MacGinty as he launched a breakout from deep. The westerners were thwarted until a scrum penalty allowed MacGinty to kick them level from outside the 22.

It was tit-for-tat fare until Ulster conjured up the match's only try, quick ball from a scrum allowing Marshall to crash up close to the posts and Williams arrived in timely fashion to plunge over from the resulting ruck. Jackson's conversion made it a seven-point winning margin.