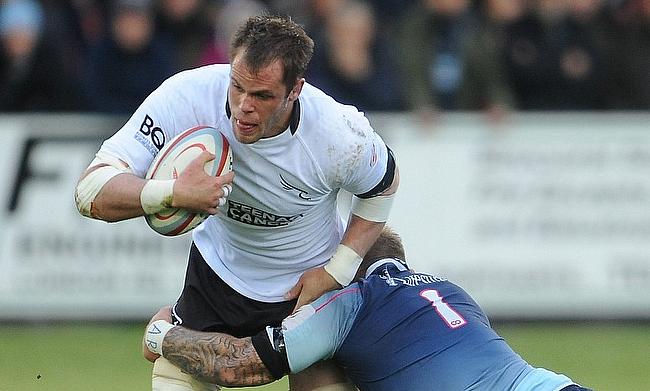 Will Welch has played 226 times for Newcastle Falcons
©PA

Newcastle Falcons skipper Will Welch has committed his immediate future to the club after signing a new four-year contract.

.The 29-year-old has been with the Falcons since his professional rugby debut in 2009 and has racked up 226 appearances for the club since then that includes 159 Premiership games.

In 2012, he became the youngest player to lead the Falcons at the age of 22 helping them to a RFU Championship title in his first season captaining them.

The 6ft 4' back-row said gaining the promotion back to the Premiership is his immediate goal in the upcoming season after the Falcons had a tough 2018/19 season where they faced relegation to the second tier after finishing bottom.

“We’re using this season as a chance to re-set ourselves as a team, but the great thing is we’ve managed to keep the majority of our squad together," he said in a statement released by the club.

“It’s the nature of professional sport that a few players are going to move on, and that’s just the way it is, but I feel we’ve got a good enough squad to go straight back up.

“We’ve got to deliver on the field, which we didn’t do last year. All the boys are over that disappointment now, we see this season as a fresh start and everyone is just keen to fly into it again.

“It’s going to be difficult because everyone will be gunning for us, and we know that. The Championship is a tough old league and I think people often don’t give it the respect it deserves, so we’ve got to make sure we keep high standards for the whole year and secure promotion at the first attempt.”