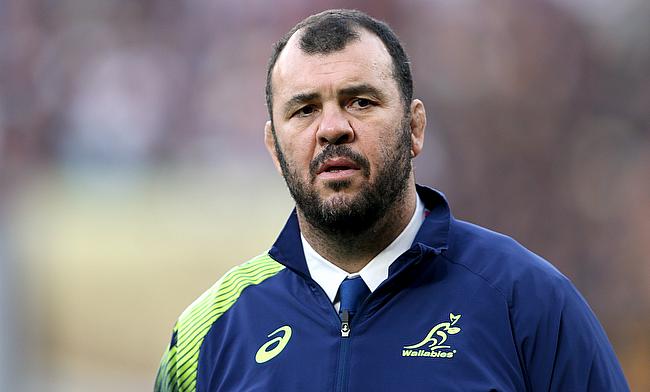 Former Australia head coach Michael Cheika had high praises for New Zealand as they went on to claim the Bledisloe Cup for the 19th consecutive year.

The All Blacks ran an eight-try riot as they defeated the Wallabies 57-22 at Eden Park on Saturday which was also the opening game of the Rugby Championship. Having already won the previous encounter last weekend 33-25, New Zealand now have retained the Bledisloe Cup which they went on to lose last in 2002 and also maintained their dominating record at Eden Park.

Heading into the Bledisloe Cup, there was pressure on head coach Ian Foster with the likes of Scott Robertson waiting on the sidelines and Cheika lauded the 56-year-old and the team management for an impressive performance on Saturday's encounter.

"New Zealand, I feel like they've had a real improvement over their last year and this year," Cheika told Australia's Stan Sport channel.

“Again a change, new coaching regime, it takes time for players to be more comfortable in that environment and there was a bit of pressure around coach Foster at that time as well, of course with Scott Robertson, the performances there.

"As they've spent more time together they've obviously got their cohesion exactly where they want it, they played exceptional rugby."

Cheika, who had previously coached Australia between 2014 and 2019 and is currently associated with Argentina as an assistant coach also credited the Wallabies for starting the game well but insisted that they could not handle the pressure over the game.

"I thought that they really excelled in disrupting New Zealand early on, but they just couldn't keep that defensive pressure on for the entire match...

"It was difficult. Australia played really quite well, especially in the opening stages and really took the fight to New Zealand."