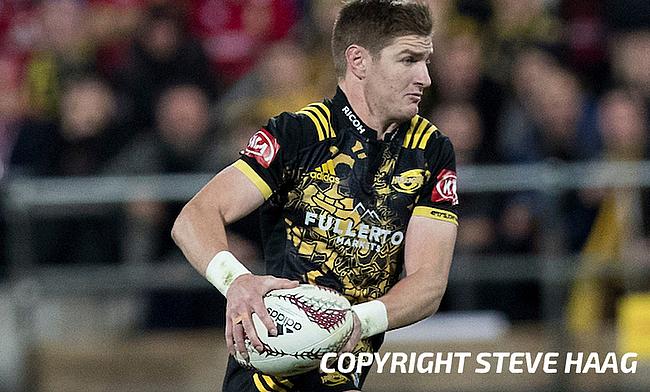 Barrett has been a key member of New Zealand squad and has gone on to play 36 Tests for the All Blacks since his international debut in 2017 and also was part of their 2019 World Cup campaign.

The former New Zealand Under 20 international also is part of the provincial side Canterbury and went on to make his Super Rugby debut for Hurricanes in 2017.

"To be honest, every off-season or every time I'm sitting there watching a rugby league game, I think ... I'd love to go over there and play some league just for a season," he told the What A Lad podcast.

"I'm not sure what position I'd play, but I'd love to go over there and give it a crack, who knows."

During his interview with his former Hurricanes teammate James Marshall., Barrett also said he would prefer playing at halves rather than fullback if he makes the switch to league.

“I wouldn’t be able to tie his [Manly fullback Tom Trbojevic’s] shoelaces, but maybe five-eighth. I wouldn’t mind kicking the skin a few times on fourth and fifth tackle, or putting up some floater bombs,” Barrett said.

“Defending in the front line too, you’re allowed to be a grub in that game so I’d love it.”