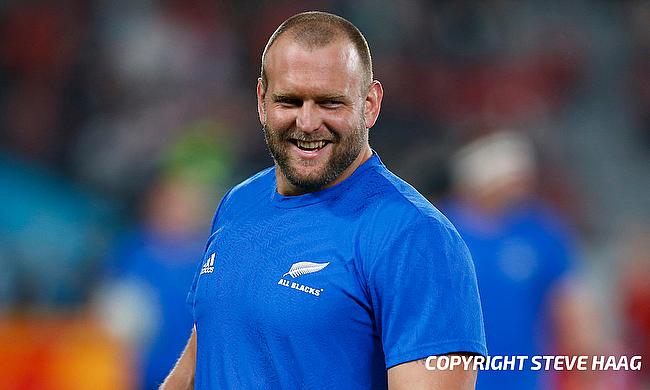 All Blacks prop Joe Moody is set to end his career with in New Zealand after penning a new deal until 2024.

Moody, who is 33 now, has resisted overseas options to remain committed to Canterbury and Crusaders.

“It’s a bloody good footy scene here in New Zealand and I’ve got a great set up down here in Christchurch, so looking forward to getting stuck in again over the next few seasons and playing my part,’’ said Moody.

The 6ft 2in prop made his professional rugby debut with provincial side Canterbury in 2011 with his Super Rugby debut for Crusaders coming in 2013 racking 100 appearances for them.

Moody, who was a former wrestler made his New Zealand debut in August 2014 and has gone on to play 57 times for the All Blacks. He was also part of the victorious 2015 World Cup campaign and represented New Zealand in the 2019 showpiece event as well.

"He’s a hugely respected member of our squad and goes about his work in a quiet, understated way. We look forward to working with him in the seasons to come and I know he will be fully committed to being the best he can possibly be.”

“Joe is a proud 100-game Crusader who cares about this team and has been a key part of our front row for the past nine seasons.

"He really has set the benchmark for loosehead props worldwide and we’re grateful he’ll continue to share his expertise over the next three seasons, with our young front rowers coming through.”