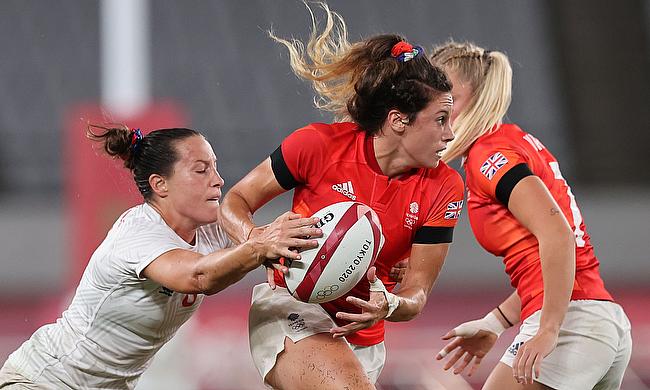 New Zealand, Fiji, Great Britain and France will be eyeing the gold medal in the Women's 7s competition at the Tokyo Olympics after progressing to the semi-final at the end of the second day.

The Black Ferns will be facing Fiji in the semi-final with a 11:00 am kick-off local time while Great Britain will lock horns with France in the other semi-final.

New Zealand maintained their winning streak as they blanked Russian Olympic Committee 33-0 in their final game of the group fixture to secure the top place while Great Britain trounced Kenya 31-0 to secure the second spot. ROC also managed to sneak into the top eight being one of the best third placed finished team.

France did no harm to their reputation with a 31-0 victory over Canada while Fiji had an easy 41-5 win over Brazil to become the second team in the group to reach the quarter-final. Canada and Brazil finished the group stage at third and fourth positions respectively.

The battle for the top position was on cards but United States managed to edge out Australia 14-12 to secure the pole position. Apart from the two teams China became the third team in the Pool to reach the quarter-finals following a convincing win over Japan.

In what was a re-match of the earlier fixture, New Zealand took on ROC and they proved their domination with six tries to seal a 36-0 win. Portia Woodman scored a double while Ruby Tui, Michael Blyde, Gayle Broughton and Theresa Fitzpatrick scored a try apiece.

Fiji managed to overcome a yellow card to Vasiti Solikoviti to edge out Australia 14-12. Before Solikoviti's sin-bin, Fiji raced to a 14-0 lead riding on tries from Alowesi Nakoci and Ana Maria Naimasi. Even though Australia managed two tries, they ended up two points short as their gold medal hope ended.

Meanwhile, GB went past USA 21-12 in their quarter-final fixture while France defeated China 24-10 to move to the semi-finals.