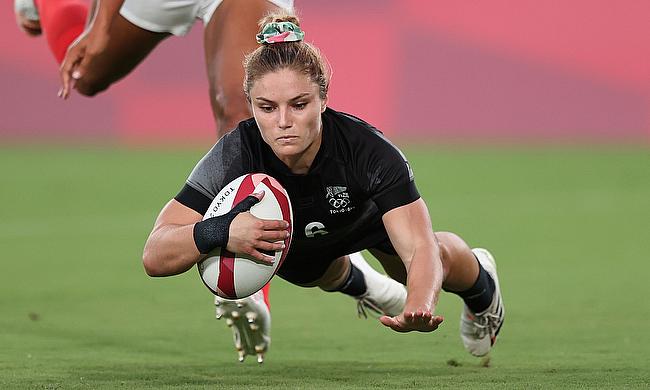 The Women's 7s competition in the Tokyo Olympics had an exciting opening day during which New Zealand, France, Australia and the USA remaining unbeaten.

With 12 games conducted on the day one, top two from each group along with two best third-placed teams will make it to the quarter-finals that will be played later on Friday.

The Black Ferns were clearly the best team in the group as they kick-started their campaign with a 29-7 win over Kenya with Michaela Blyde scoring a double while Stacey Fluhler, Portia Woodman and Gayle Broughton also crossing over one time apiece but in their second game they faced stiff competition from Great Britain and still managed to win the encounter 26-21 riding on a hat-trick from Blyde.

Great Britain managed to get their first win of the round with a 14-12 victory over Russian Olympic Committee. Meanwhile ROC also secured a victory on the opening day recovering from a close encounter with GB with a 35-12 victory over Kenya, who lost both their matches.

France, who started the tournament with a 12-5 win over Fiji also sealed a 40-5 victory over Brazil to finish at the top of the group in the opening day. Fiji recovered from their defeat to France with a 26-12 victory over Canada, who blanked Brazil 33-0 in their opening game.

Fiji will be looking favourites to join France in the top two place finish as they face Brazil on the second day while Canada will be fancying their chances against Les Bleues.

Australia blanked Japan 48-0 to begin their campaign and followed it with a 26-10 victory over China. Meanwhile, USA also had 28-14 and 17-7 victories over China and Japan respectively to maintain their unbeaten streak.

The day two will see Australia and USA locking horns with each other to decide the top place finish in the round one while China and Japan will be searching their first win when they take on each other.