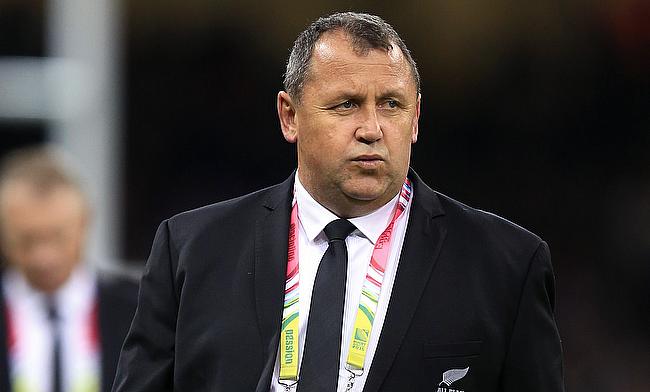 Ian Foster was named as the successor for Steve Hansen
©PA

Foster, who was promoted to the head coach role of the All Blacks after the exit of Steve Hansen will be assisted by Hurricanes head coach John Plumtree, who will be in charge of the forwards. The 54-year-old also has the experience of working with Ireland and Japan as assistant coach. He joined Hurricanes as an assistant coach in 2017 before taking in charge of the Super Rugby side in 2019.

"When you start out as a young coach, you dream that one day you'll be helping coach the All Blacks, and to now have that dream realised is incredible," he told the official site of the All Blacks.

"I've done a fair bit of coaching in different parts of the world over the last 20 years and to now be part of the All Blacks is fantastic".

Former New Zealand international Greg Feek has been named as the scrum coach. He has previously worked with Hurricanes, Leinster, Ireland and Top League side Green Rockets.

"It's a real privilege and honour to be named as part of the All Blacks coaching team. It's unbelievable really," said Feek.

"I've learnt so much during my time overseas and I'm really pumped and energised to bring my overseas experience into the All Blacks set-up and help the team as we move into a new chapter," Feek said.

Scott McLeod has been retained as defence coach with one more coach is set to be named in due course of time.

"I'm delighted to confirm three of the four other coaches who'll make up our coaching team," said Foster.

"They're all outstanding coaches in their own right, and we'll have new voices and fresh ideas in the All Blacks, which will be really stimulating for everyone, and help us grow as we enter a new era," he added.