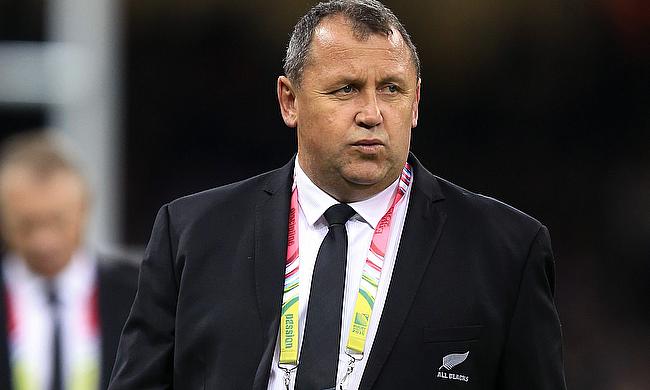 New Zealand international Ardie Savea to be on sidelines for lengthy period
Scotland to face Argentina, Japan and New Zealand in 2020 autumn series

New Zealand Rugby (NZR) has confirmed the appointment of Ian Foster as the new head coach of All Blacks.

Foster has already held coaching roles with Waikato, Chiefs and Junior All Blacks in the past and joined as an assistant coach of New Zealand side under Steve Hansen in 2012.

"I feel truly privileged and honoured to be given this opportunity and I can't wait to lead the team into the next chapter of what is a remarkable legacy," said Foster, who also played for Chiefs between 1996 and 1998.

"I'm incredibly proud of what we have achieved in the All Blacks over the last eight years and I'm excited and energised by a new coaching team who will join me.

"It's incredibly humbling to be appointed to the job and I have a strong desire to serve the jersey well and represent New Zealand to the best of my ability."

NZR chairman Brent Impey stated the experience of being with the New Zealand players for seven years will make Foster ideal choice for the pivotal role.

“The NZR Board has today ratified Ian Foster as the new Head Coach of the All Blacks from 2020. He brings world-class international experience to the role, an incredibly strong coaching team, and we think he’ll do an outstanding job,” he told the All Blacks’ official website.

Impey also added that the other backroom staff under Foster will be named in due course.

"While we can't confirm the full make-up of the coaching team today, we're delighted with the quality they bring - they have a wide range of coaching experiences and are a diverse group of thinkers," said Impey.

"On behalf of New Zealand Rugby, I want to congratulate Ian on his appointment, and we wish him well for this next phase in the All Blacks' story."

Incoming NZR CEO Mark Robinson congratulated Foster on his new role as the head coach of All Blacks.

"Ian has pulled together a very strong team and he is an outstanding person in his own right with a high-quality set of values.

"He is committed to stamping his own mark on the team and it's clear that he and his coaching team want to bring a new and fresh energy into the All Blacks environment."