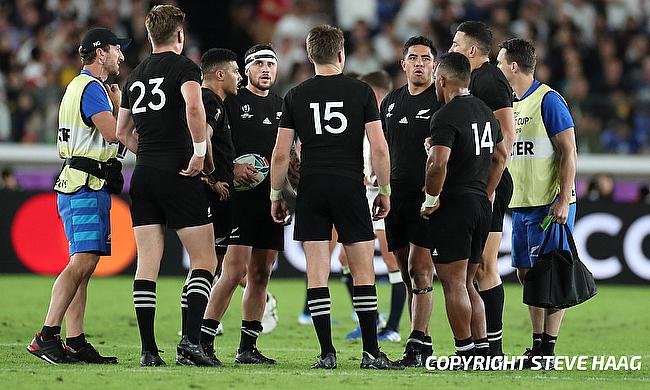 So much uncertainty has been brought to the forefront where sporting events and entertainment concerts are concerned, thanks to the outbreak of the current virus.

The rugby world has also been affected by this, with numerous games and tournaments being cancelled or postponed to later dates. Yet, one event that is still being planned for is the New Zealand All Blacks taking on Wales in the summer Test series.

Boss of the New Zealand team, Mark Robinson has revealed that the All Blacks are still training to take the Welsh side on in a two-Test series once the summer months arrive. The events are due to occur on July 4 in Auckland and one week later in Wellington. Wales is also scheduled to face the Japanese team on June 27 for the time being.

Speaking with Sky TV’s Breakdown programme, Robinson said that as things stand for now, the visits of both Wales and Scotland to New Zealand are still going ahead. “There have been no discussions with Wales or anyone else for that matter that they won’t be going ahead but we all know we’re in a dynamic and rapidly changing environment”, he commented.

It’s likely that if the events do take place, that sports betting platforms will readily welcome it. Takings for such sites have been down in recent times as numerous sporting events around the world have been cancelled and postponed to later times. And if you want to involve yourself in betting on the All Blacks versus Wales matches, you could try out Betwinner. In fact, you can view the Betwinner ratings at the Efirbet website before joining. This site readily reviews online sportsbooks so as to bring you information on everything that they can offer.

At the moment, rugby powerbrokers in New Zealand are working on the possibility of setting up televised domestic competitions. These, it is said, will occur behind closed doors, and will feature the country’s five Super Rugby teams. Those are the Blues, Warren Gatland’s Chiefs, the Highlanders, the Hurricanes and the champions, the Crusaders. That being said, a recent report suggests that a player from the Crusaders has recently tested positive for the virus.

Super Rugby also incorporates teams from Australia, Argentina, Japan and South Africa, but it has been suspended for the upcoming 14 days due to the travel restrictions put in place to stop the spread of the virus. The likelihood is that while it is currently suspended, it will end up being cancelled altogether.

Yet, New Zealand doesn’t seem to want to allow that to stop them from competing, and rugby body for the southern hemisphere, Sanzaar’s CEO, Andy Marinos has given his full support to the domestic games idea. Because of this, Robinson said that by the end of the week, there will likely be more information released regarding this. He mentioned that there’s around 10 to 12 weeks in which they can provide some rugby product for fans, commenting on it being a “fresh opportunity”.