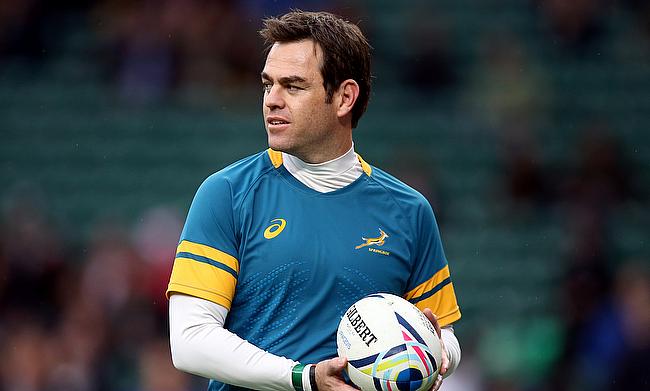 Munster and the Irish Rugby Football Union have confirmed the appointment of Johann van Graan as the new head coach of the Pro 14 club.

Van Graan has been part of the South African coaching panel since 2012 and will shift from his role of forwards coach to take in charge of Munster next month subject to obtaining a work permit.

He will be initially working with present Munster rugby director Rassie Erasmus, who will exit from the Irish regional side in December to take up the role of South African Rugby Union's new rugby director.

"After a worldwide search, we are delighted to secure Johann van Graan as Munster head coach.

"Rugby was the focal point of this process, and in Johann we are getting a recognised rugby intellectual with a proven track record and extensive experience working with a national side.

"An analyst of the game, his technical ability and interpersonal skills have made him an integral member of the South African rugby landscape for over a decade, and it is now time for an ambitious Johann to make an impact in a new rugby environment.

"We know Johann, with forwards coach Jerry Flannery and back-line and attack coach, Felix Jones, will continue to establish the structures and processes required to bring this Munster team forward in terms of growth and success."

Van Graan, meanwhile, added: "Some of the words I associate with Munster Rugby are passion, excellence, ambition and integrity, and I feel very fortunate to be handed this opportunity.

"I am looking forward to working with the Munster players, support staff and supporters on this new journey, and to become part of their community."