Tadhg Beirne to switch to Munster ahead of next season 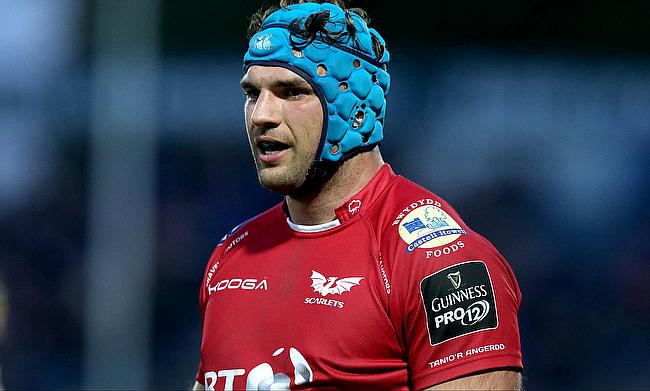 Lock Tadhg Beirne's chances of claiming an Ireland Test spot has received a huge boost as he is set to join Pro 14 club Munster ahead of the 2018/19 season.

The former Ireland Under 20 made his professional rugby debut with Leinster in 2015 and made a switch to the Welsh regional side Scarlets in 2016 and helped them to their maiden Pro 12 title last season.

With Ireland players plying their trade overseas finding it tough to make it to Joe Schmidt's side, Beirne has made a return back to the Irish provinces with a hope to kick-start his Test career.

The news was confirmed by a statement released by Munster.

"Munster Rugby and the IRFU can today confirm that Tadhg Beirne will join the province at the start of the 2018/19 season on a two-year contract," read the statement from the club.

"The 25-year-old lock will make the move from Scarlets where he has made 29 competitive appearances to date after making the switch from Leinster at the start of the 2016/17 season."

Scarlets head coach Wayne Pivac expressed disappointment on losing Beirne but was fully supportive of his aspirations to play for Ireland.

"We are disappointed to lose such a quality player and quality person from the group but fully understand that Tadhg has aspirations to play for Ireland,"said Pivac.

"He's developed well in the last 14 months as a player and we've seen the benefits of all the hard work he's put in since joining the Scarlets.

"Tadhg's fully focused and committed to continuing his rich vein of form for the remainder of the season."