Munster and Ospreys flying the flag for Pro 12 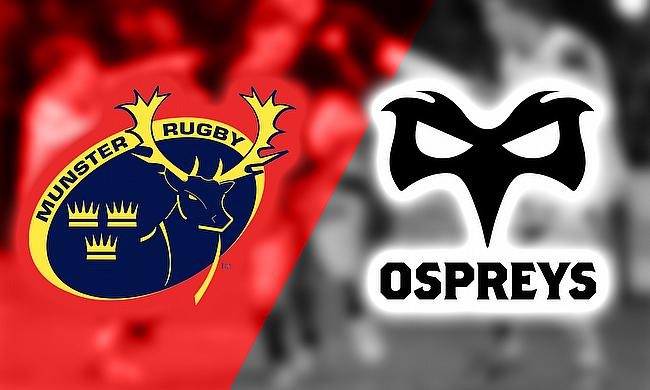 After just two rounds of European rugby this season, including some teams having only played a solitary game, the prognosis is already dire for the Guinness PRO12 sides.

Of the PRO12’s seven sides in the Champions Cup – Leinster, Munster, Ulster, Ospreys, Scarlets, Glasgow and Benetton Treviso – Munster and the Ospreys are the only sides to have registered a win over the opening two rounds. The tournament’s team have fared slightly better in the Challenge Cup, with Connacht and Edinburgh impressing in particular and chalking up victories in both of their opening games.

Leinster, who so often fly the flag for the PRO12 in Europe, look dead and buried. They were embarrassed, 6-33, at home by Wasps in the opening round, before turning in an improved performance a week later, but ultimately falling to a 19-16 loss to Bath. With their scrum creaking more than a fairground haunted house and a double header with Toulon looming before Christmas, the men from Dublin are unlikely to have anything to celebrate heading into the new year.

Elsewhere, the postponed fixtures from the opening round still leave a lot of question marks over teams’ prospective chances of qualifying, but it already looks grim for Ulster and Glasgow. Ulster were outsmarted and overpowered by Saracens at the Kingspan Stadium, losing 9-27, while Glasgow were also beaten at home, falling to a 15-26 defeat to Northampton. With the two Aviva Premiership sides now sitting in the driving seat of those respective pools, not to mention the presence of Toulouse and Racing 92 also, any chances Ulster and Glasgow have of qualifying now look slim.

Treviso were never expected to emerge from their pool and understandably have nothing to show from their two opening games, but the Scarlets, who were in fine form in the PRO12, will be disappointed with their return of a solitary losing bonus point from the first two rounds. The Welsh region may not be mathematically out of the equation but rationally it’s difficult to see them emerge from a pool where Northampton and Racing 92 have started so well.

PRO12 hopes are now pinned firmly on Munster and the Ospreys. The Irish province picked up a full five points against Treviso in the opening round, before their round two fixture with Stade Français was postponed due to the French side not wanting to tax the Parisian police any more than was necessary. They now face back-to-back games with Leicester Tigers in the run-up to Christmas and realistically need to beat the Tigers at Thomond Park, as well as trying to pick something up at Welford Road. Leicester have taken a maximum of 10 points from their first two games and are sitting pretty at the top of Pool 4.

The Ospreys are one of the few PRO12 sides to have played two games already and were impressive in both. They defeated the Exeter Chiefs, 25-13, to start their campaign and then managed to take both try and losing bonus points home from the Stade Marcel-Michelin, as they fell to a 34-29 defeat against ASM Clermont Auvergne. Clermont will obviously be favourites to top the pool and automatically qualify, but the Ospreys have a prime chance to throw themselves into the best runners-up mix with their looming home and away fixtures against Bordeaux-Bègles.

It’s certainly a disappointing return for the PRO12 thus far and from this position, it’s difficult to see any of the competition’s teams making it to the quarter-finals as anything other than best runners-up.

Success in Europe can be quite cyclical, taking lulls before highs, but the concern for the PRO12 sides will be that this is an indication of what’s to come, with increased revenue-generating ability in England and France allowing the Premiership and Top 14 clubs to operate deeper squads and rotate around important European games.

Other extraneous variables such as the English sides’ extended preseason as well as a week’s head-start on reintegrating home internationals after the RWC all likely play into the current status quo in Europe, but as much credit is due to the Premiership sides, as much criticism is warranted by the PRO12 sides.

They have struggled to transform their ability and form in the PRO12 to the Champions Cup, while the competition’s flagship sides, such as Leinster and Glasgow, have found their set-pieces wanting at a higher level.

Time will tell if early disappointment is balanced out by improved performances in rounds three and four, but as stands, Munster and the Ospreys may be the PRO12’s greatest hope of representation in the tournament’s knockout stages.