Matt Mullan still out to catch the eye of Eddie Jones 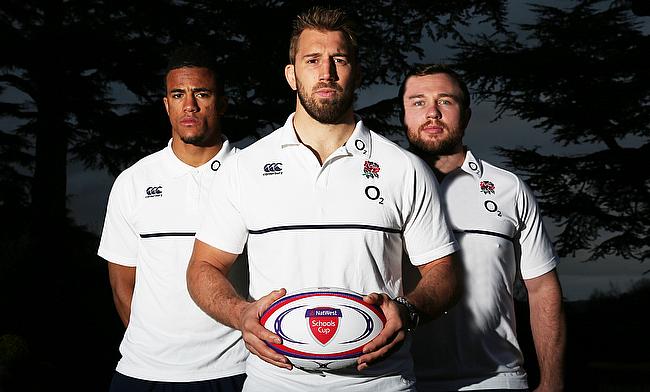 Wasps’ loosehead is thrilled to be part of the international set-up once again and he is determined to impress the England coach during the Six Nations.

‘So Matt, what is it like working with him?’ We are discussing England’s new Head Coach Eddie Jones with Wasps loosehead prop Matt Mullan and how he has given Mullan’s international career a new lease of life.

“To be named in Eddie’s first squad was fantastic,” he says. “Before I came into camp, I’d never come across or met Eddie but has been brilliant and he has got very good managerial skills.”

The change in coach from Stuart Lancaster to Jones after England’s disappointing World Cup campaign has meant it is, as Mullan puts it, ‘a clean slate’ for players competing for a white jersey and the 29-year-old forward is one of a handful who falls into that bracket.

Last Saturday, Wasps faced Bath in the Aviva Premiership and Mullan wasn’t involved due to a head knock which he picked up in training last week. Clearly, an injury when you are part of the England set-up is the last thing you need, but Mullan is keen to keep on impressing Jones whether that be in camp or back at the Ricoh Arena.

“The Premiership has been fantastic this year across the board,” says Mullan. “You see results every weekend where any team can beat anyone else and I think there has been a real drive this year to improve standards. Everybody knew with a change of coach that it was a clean slate and for me, it is about trying to take every opportunity I can when I come into camp.

“You are trying to show that you are ready and you can benefit the team, but equally, you are only going to ever get picked for England based on club form which Eddie has said a few times in recent weeks.”

And maybe Mullan’s Wasps team-mate George Smith can help him out in terms of selection for England.

“As soon as Eddie was announced as coach, George spoke to some of the boys and didn’t have a bad word to say about him,” Mullan says. “George has known Eddie since he was 18 or 20 so they have a very strong relationship. I came in expecting good things and I haven’t been disappointed.”

Mullan has played nine times for England, but is yet to start a game for the national side since making his debut in 2010 against Italy. Six years later, another Wasps player is also set to appear for the first time for their country and that is Elliot Daly who has been named in England's 23-man squad for Saturday's Six Nations match against Ireland.

Mullan was speaking to TRU at a NatWest Schools Rugby event which is a competition where he and Daly have featured. Daly took centre stage in 2011 for Whiftgift School where he guided his team to the crown and Mullan thinks Daly does deserve his chance with England and also believes the schools competition is the perfect platform for young players to push on and achieve their goal in the sport.

“I think it is an excellent competition for developing all sorts of talent, he says. “To be able to play in a competition that finishes at Twickenham, for any youngster, is a fantastic opportunity.  As a child, I remember playing games where all week you and your friends were talking about it and you get excited about the opportunity. Having this competition with such a big prize at the end of it can inspire children to put their all into it.

“If we can keep this healthy school competition and high level of schoolboy rugby, it can benefit the whole of English rugby in the future. Elliot is one of the prime examples of this. He is someone who jumps out in recent memory. If you look back through, there is a whole heap of people who have gone on to play well and achieve big things. Players get a chance to shine at Twickenham and that lasts in the memory. Someone like Elliot has done that and he now has the chance to progress further on the big stage.”

So, Daly is in line to make his maiden bow for England in their third-round Six Nations game at Twickenham with his side having won both of their opening matches in this year’s competition. England currently lead the table as things stand which as Mullan echoes, is the perfect beginning to the Jones era.

“There are areas to work on, but before the tournament, anyone would have been happy with two wins from two. It puts us in a fantastic position, but I know we are taking every game as it comes. There is a big challenge at the weekend and I am sure everyone will be doing their best to get prepared right for Ireland on Saturday.”

Matt Mullan was speaking on behalf of England Rugby and official partner NatWest, proud supporters of school rugby. As a part of the NatWest Schools Cup 2016 30 school players are being offered the chance to attend an Academy Day at England’s training base. Follow NatWest Rugby on Facebook and Twitter for the latest news.