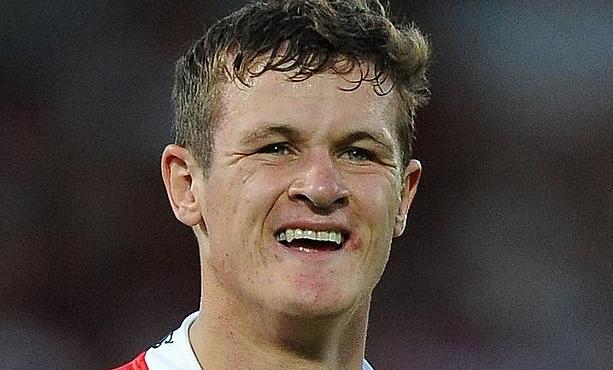 Billy Burns kicked 15 points as Ireland went on to complete a 23-10 win over Georgia in the third round of the Autumn Nations Cup at Aviva Stadium on Sunday.

The result meant Ireland finish second in Group A with eight points and will lock horns with Scotland in the third place play-off next weekend.

Ireland got off to a promising start after quick hands from Chris Farrell set up Burns over the line in the 9th minute and the fly-half also kicked the conversion to take them to a 7-0 lead. Burns also kicked his maiden penalty goal in the 14th minute as the home side raced to a 10-0 lead.

Georgia's response came in the 17th minute as he went past Jacob Stockdale to dot down that was improved by Tedo Abzhandadze.

Burns with his second penalty goal in the 23rd minute increased Ireland's lead to 13-7 which became 20-7 before the break as Keenan collected Stockdale’s pass to crossover and Burns slotted the extras.

Ireland thought they scored their third try with McCloskey going over the line but Stockdale was adjudged to have made a forward pass in the build up.

A long-range penalty kick from Abzhandadze in the 48th minute helped Georgia reduce the gap to 11 points but replacement Ross Byrne slotted a three-pointer to restore Ireland's 13 point lead which they managed to hold it for the remainder of the game.