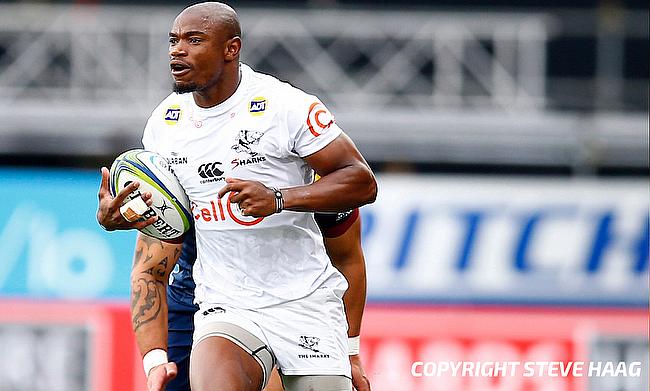 South Africa have managed to end their three-game losing streak as they edged out New Zealand 31-29 in the final round of the Rugby Championship at Cbus Super Stadium.

Despite the defeat, New Zealand have already clinched the Rugby Championship title, courtesy their five victories in the first five rounds while South Africa finish third.

With the title already sealed, the Springboks had a point to prove having won the World Cup in 2019 and followed it with a series win against the British and Irish Lions and they did not disappoint their fans as Elton Jantjies kicked a drop goal and a penalty in the final three minutes.

Handre Pollard's early penalty goal went wayward after the All Blacks were penalised for a high tackle on Makazole Mapimpi. Nevertheless, they were the first to open their account after Damian de Allende dived in the right corner after good work from Lukhanyo Am.

New Zealand made an immediate response with Jordie Barrett kicking a penalty goal in the eighth minute but his efforts were negated by effort from Pollard four minutes later making it 8-3.

The response from New Zealand came back almost immediately in the 13th minute when a crossfield kick from Beauden Barrett allowed Sevu Reece to dot down but the conversion went wide. Nevertheless, Pollard's penalty goal in the 24th minute allowed South Africa to seize the lead once again with a 11-8 margin.

As the half-hour mark was approaching, skipper Ardie Savea as he gathered an inside pass from Reiko Ioane to touchdown but this time Jordie kicked the extras making it 11-15 and few minutes later it was the turn of Brad Weber to go over the line.

As the half-time was approaching, Pollard helped South Africa reduce their deficit with his third penalty kick as the opening half ended with a 14-20 scoreline.

The gap came down to three points as Pollard with another scrum penalty in the 43rd minute and soon South Africa got their second try as Makazole Mapimpi dived in the left corner making it 22-20.

With Elton Jantjies coming on to the field, he made his impact felt straightaway with a three-pointer as All Blacks strayed offside. Nevertheless, Ian Foster's men were relentless and came back hard as Jordie kicked back to back penalties in the 68th and 76th minutes making it 25-26.

A drop goal from Jantjies put the Springboks in front once again but Jordie's response in the 78th minute meant New Zealand still had a 28-29 lead heading into the closing stages. With the added minutes in effect, South Africa got another opportunity after New Zealand were penalised for off side and Jantjies kicked a nerveless penalty to seal a thrilling win for the Springboks.