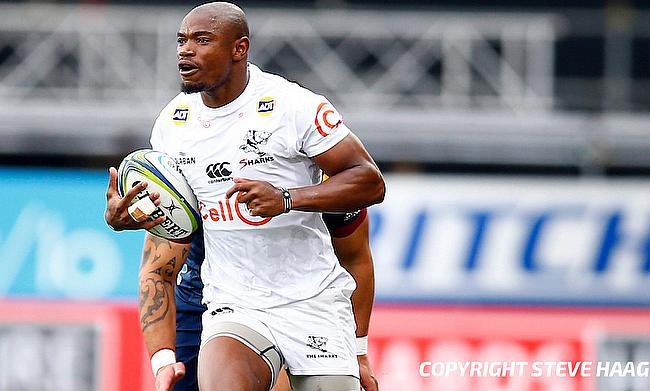 Makazole Mapimpi scored a double as South Africa went on to beat Scotland 30-15 in their fixture at Murrayfield Stadium on Saturday.

The home side had a 10-8 lead by half-time but the World Champions showed impressive fightback in the second half in which they scored 22 points to get their second win of the tour.

Scotland head coach Gregor Townsend made four changes to the side Rufus McLean making a start while Matt Scott went on to play his first game since 2017 while Stuart McInally and Nick Haining came into the pack.

Scotland were tested early as they went on to concede five penalties in the first 11 minutes even though it did not cost them. Duhan van der Merwe forced a penalty that Russell kicked at a 40m distance in the 15th minute to get Scotland off to a 3-0 lead.

The scores were levelled in the 24th minute when Elton Jantjies kicked under the posts before the Boks got their first try with Willie Le Roux receiving the ball at halfway line before a combination of Siya Kolisi and Rufus Mclean sent Mapimpi over the line around the half-hour mark. However, Jantjies' conversion went wide.

Hogg scored the first of his two tries in the 35th minute when Russell sent a cross-field kick to van der Merwe as he went past South Africa's defenders to feed the Scotland captain as he dotted down. Russell also kicked the conversion in front of the post as the Dark Blues went into the break with a 10-8 lead.

South Africa were the quickest to get off the block in the second half when Damian de Allende provided a perfect break for Mapimpi as he completed his second in the 43rd minute and with Jantjies kicking the extras the scoreline became 10-15.

The 50th minute saw the visitors extend their lead further with Jantjies slotting a three-pointer as James Ritchie was penalised as he tried to haul the South African fly-half down following a break making it 10-18 and he repeated it in the 56th minute after Scotland conceded another penalty at breakdown.

Scotland clawed their way back into the match with Hogg's second that came after a good work from Russell and van der Merwe following a line out from the five-metre line. Russell's conversion was off target as the scoreline became 15-21.

South Africa extended their lead in the 69th minute after they went on to win another breakdown penalty and this time Handre Pollard kicked to perfection and another Scotland infringement saw Frans Steyn kicking another three-pointer in the 71st minute making it 15-27.

Any chance of a Scotland comeback was put off as South Africa went on to win a scrum penalty that Pollard slotted it to complete a 15-30 win.