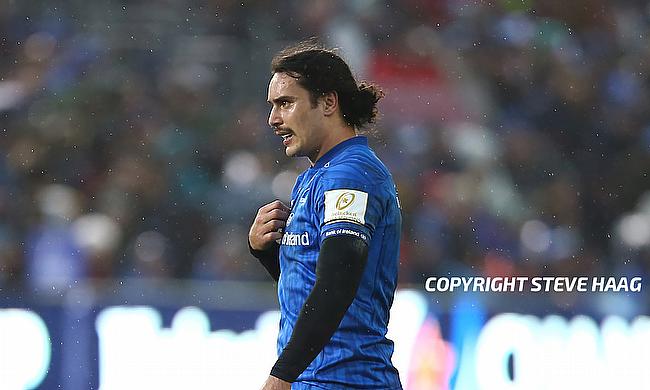 Leinster scored seven tries as they defeated Bath Rugby 45-20 in the opening round of the Heineken Champions Cup at Aviva Stadium on Saturday.

The Irish side had three players missing due to Covid-19 but despite that they proved too strong for Bath, who are yet to win a game this season.

Orlando Bailey started the proceedings with an early penalty goal in front of the post but Leinster's response was immediate as Jamison Gibson-Park dived in the corner in the third minute.

Ross Byrne missed the conversion but made amends in their second try that came in the 12th minute with Tadhg Furlong powering his way over to make the scoreline 12-3 but Bailey with his second penalty goal in the 15th minute helped the gap down to six points.

Leinster were relentless in their attack with their third try coming in the 17th minute as James Lowe dived his way over after a smart offload by Hugo Keenan and Byrne improved it making it 19-6.

Bath were down to 14 players temporarily in the 24th minute with Richard De Carpentier sin-binned as he brought down a rolling Leinster maul and immediately the Irish side made use of the numerical advantage with Keenan slipping past the defence of the visitors to dot down.

With Byrne kicking the conversion right, Leinster stretched their lead to 26-6 and it soon became 31-6 Ronan Kelleher and Ross Byrne set up Gibson-Park for his second. At the stroke of half-time, Jacques du Toit at the back of a line out dived from close range and Bailey added the extras making it 31-13.

Seven minutes into the second half, Leinster got their sixth try as a series of offloads put Ronan Kelleher through and Byrne converted to make it 38-13. While Bath had a try denied in the 51st minute after referee Pierre Brousset spotted an illegal construction of maul, Leinster had their seventh with Josh van der Flier crossing the whitewash making it 45-13.

With the full time approaching, Gabriel Hamer-Webb scored a consolation try for Bath Rugby but Leinster went on to complete a 45-20 victory.