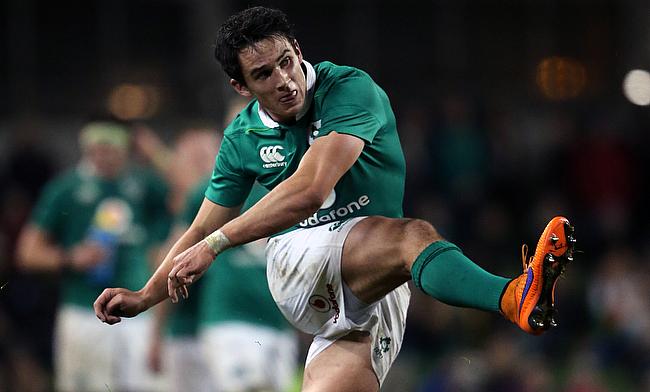 Joey Carbery contributed with 21 points as Munster Rugby defeated Exeter Chiefs 26-10 to make it to the quarter-finals in the Heineken Champions Cup at Thomond Park.

The result also meant Munster have increased their aggregate to 34-23 having edged out by the Premiership side with a 13-8 margin at Sandy Park in the opening leg.

Munster opened their account early in the fifth minute following a penalty goal from Joey Carbery but Exeter struck back after Conor Murray was sin binned for an offence in the build-up and with the numerical advantage on their end, Sam Maunder dived from close range. Joe Simmonds missed out on the conversion as the scoreline became 3-5.

A second Carbery penalty moved Munster into the lead by the 16th minute and the Ireland fly-half showed great skills as he forced his way over following a sustained spell of pressure and also kicked the extras to make it 13-5.

Exeter had a chance to reduce the arrears heading into the break but Simmonds' penalty goal was off target as the home side head an eight point lead at the end of the opening half.

Rob Baxter's men showed better intent at the start of the second half as Dave Ewers, Kirsten and Duane Vermeulen combined to send the latter over the line in the 45th minute but Carbery landed successful penalties in the 59th and 64th minutes to make it 19-10.

Munster seized the decisive moment as Simon Zebo sped past the Munster defence and offloaded to Damian de Allende for their second try in the 73rd minute and Carbery got the conversion right to take the Irish province to the quarter-finals.