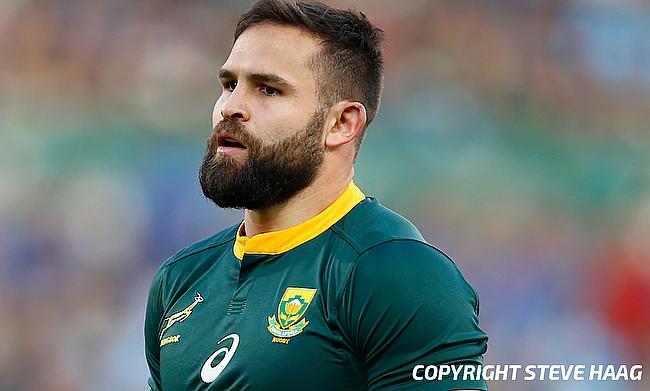 Zach Mercer scored a double as Montpellier defeated Harlequins 40-26 in the first leg of the Heineken Champions Cup at GGL Stadium on Sunday.

Montpellier opted for Italy's Paolo Garbisi at fly-half over South Africa's Handre Pollard. Quins had plenty of the ball during the opening stages but Montpellier’s defence was aggressive and well-drilled, regularly driving the visitors back in contact.

The opening points came in the 21st minute as wing Gabriel N’gandebe gathered after a cross field kick from Quins fly-half Marcus Smith and ran 20m to score and Garbisi converted to make it 7-0 for Montpellier.

The Quins were down to 14 players temporarily by the half-hour mark as Andre Esterhuizen was sin-binned for a deliberate knock on and Zach Mercer dived from closed range for the first of his two tries.

The French side extended their lead as Cobus Reinach dotted down after the Quins dropped the ball midfield before Mercer completed his second in the corner as Montpellier went into the break with a 26-0 lead.

Montpellier were the quickest to get off the block in the second half as a series of offloads eventually put Titi Lamositele over. Garbisi missed the conversion but made amends with a penalty goal in the 47th minute to make it 34-0.

Quins would finally get some points on the board when flanker Hammond gathered Smith’s stabbed kick in behind and dotted down but Smith's conversion went wide. The visitors reduced the deficit further as Andre Esterhuizen powered over in the 61st minute and Joe Marchant followed the suit in the 65th minute making it 34-19.

The final six minutes saw Louis Lynagh collecting a flat pass from Joe Marchant to dot down but Pollard with back to back penalties ensured Montpellier have a big advantage when they meet again at Twickenham Stoop on 16th April.