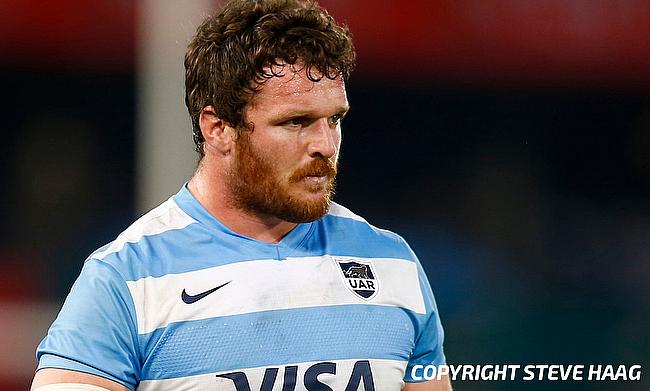 Julian Montoya was one of Leicester's try-scorer
©Steve Haag

Leicester Tigers managed to overcome a red card to Guy Porter as they defeated Clermont 29-10 in the first leg of the Heineken Champions Cup round of 16 clash at Stade Marcel-Michelin.

The two teams will meet once again for the final time at Mattioli Woods Welford Road Stadium on 16th April.

This was Leicester's 25th win from 29 games this season as they extended their dominance. The game started with physicality as Clermont flanker Judicael Cancoriet struck Freddie Steward, who needed treatment.

The French side opened their account in the 12th minute as they displayed brute strength as Cheikh Tiberghien stepped inside to dive over the line and Morgan Parra kicked the conversion to make it 7-0.

The visitors pressed the attack and were eventually rewarded as Ellis Genge burrowed over in the 18th minute but George Ford's conversion went wide. Clermont extended their lead further courtesy a penalty kick from Morgan Parra in the 27th minute but the teams completed the opening half levelled as Julian Montoya dived from close range at the back of a collapsed maul.

The Tigers extended their momentum into the second half as van Poortvliet spotted space in the right-hand corner to score but once again Ford missed out on the conversion as the scoreline became 10-15. The 52nd minute saw Hosea Saumaki collecting an offload from Porter touched down but they were down to 14 players by the end of the third quarter as Porter was sent-off for a collision with number eight Fitz Lee.

Despite being down on the numbers, Leicester got their fifth try as Steward set up Harry Potter, who crossed over in the 64th minute and this time Ford slotted the extras to perfection as Steve Borthwick's men completed a 19-point victory to strengthen their chances of quarter-finals.