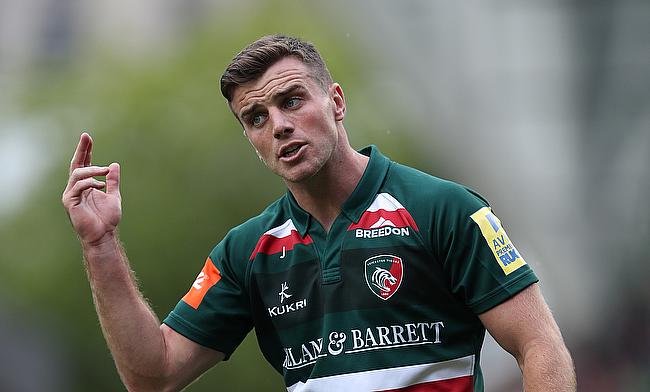 Leicester Tigers managed to hold off Clermont Auvergne with a 27-17 margin in the second leg as they progressed to the quarter-finals of the Heineken Champions Cup at Mattioli Woods Welford Road on Saturday.

This is second win for the Tigers after they previously defeated the French club with a 29-10 margin in the opening leg.

Clermont suffered an early setback as George Moala was injured and replaced by Samuel Ezeala in the sixth minute and Leicester were the first to open their account as Hanro Liebenberg dived from close range in the 8th minute and George Ford kicked the conversion to make it 7-0.

The response from Clermont came in the 16th minute when Camille Lopez landed a successful penalty goal following which they had a try ruled out by the TMO on 26 minutes as scrum-half Baptiste Jauneau grounded on the dead ball line after a Leicester kick was charged down.

Tigers pressed forward looking for a chance to increase their lead as Harry Wells and Chris Ashton came close but were denied following a knock on as the teams completed the opening half with a 7-3 scoreline.

George Ford extended Leicester's lead with a penalty kick in the 45th minute and they further extended their advantage as replacement Matt Scott stepped inside to finish off a slick passing move four minutes later. Ford missed the conversion this time as the scoreline became 15-3.

Even though Clermont fought their way back through a 55th minute try from Alivereti Raka, they lost Fourcade and Bibi Biziwu to sin-bins in the 60th and 61st minutes respectively with the second also resulting in a penalty try taking Leicester's lead to 22-3.

The 63rd minute saw Ollie Chessum was red-carded for leading with his shoulder on Clermont replacement Samuel Ezeala but despite that full-back Freddie Steward finished in the corner in the 65th minute. Fritz Lee with a try in the 69th minute gave Clermont a glimmer of hope but Leicester held their defence to complete a comprehensive win.