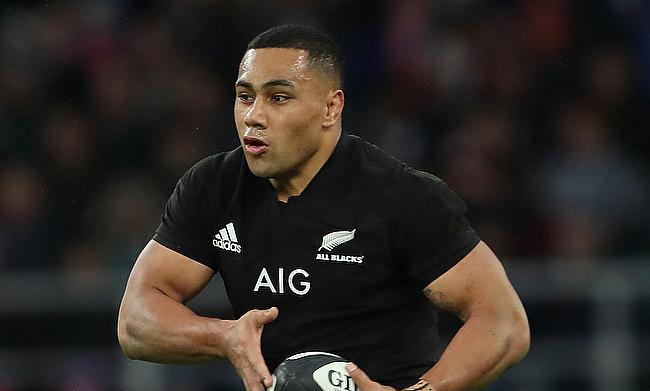 Hurricanes came up with a six-try performance as they trounced Queensland Reds 43-14 in the fifth round of the Super Rugby Trans Tasman at Sky Stadium on Friday.

This is fourth win for Hurricanes in five games as they temporarily occupy the second position in the table while Reds finish the season with four defeats from five matches.

It took Hurricanes just four minutes to get the opening try when a flat pass from Ruben Love sent Ngani Laumape over and Jordie Barrett kicked the conversion to make it 7-0. Reds came close to opening their account but Taniela Tupou was held off from scoring courtesy a strong defence from the home side.

Hurricanes were down by a player temporarily as they lost Tyrel Lomax to yellow card in the 26th minute for a high tackle on Feao Fotuaika and Reds immediately made use of the numerical advantage when Tate McDermott dotted down following an attacking scrum and Bryce Hegarty's conversion saw the scores levelled.

Just as the break was approaching, Barrett with a penalty kick ensured Hurricanes had a slender 10-7 lead at the end of the opening half.

The start of the second half saw Reds losing Filipo Daugunu to yellow card for a cynical offside play following Rubel Love and Brandon Paenga-Amosa exchanged tries as the gap between the sides remained at three points.

Hurricanes seized the initiative once again when a poor kick from Hegarty gave them a chance with Barrett speeding to the 5m line following which a quick work saw Dane Coles dot down in the 59th minute making 22-14.

In a major setback for the visitors, Laumape and Hegarty chased a grubber over the tryline with the latter intentionally hitting the ball over the dead-ball line that resulted in referee James Doleman sending him to sin-bin with the home side also awarded a penalty try making it 29-14.

There was no respite whatsoever for Brumbies as Hurricanes with further tries from Devan Flanders and Coles in the final 10 minutes sealed a comfortable 43-14 win for the New Zealand side.