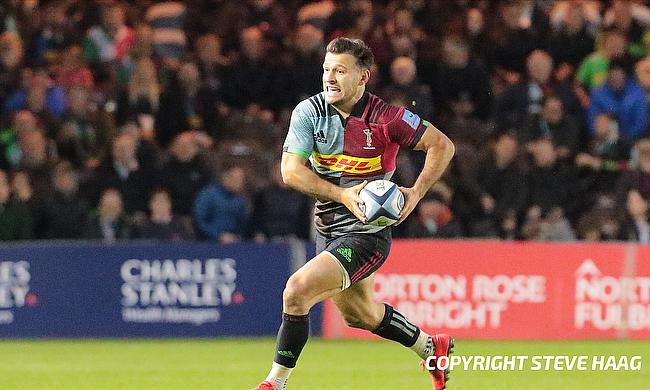 Harlequins managed to overcome a late try from Santiago Socino as they edged out Gloucester Rugby 20-17 in the 12th round of the Gallagher Premiership at Kingsholm on Sunday.

This is seventh win for the Quins as they retained their third position in the table with 38 points with Leicester and Saracens above them with 50 and 41 points respectively while Gloucester are at fourth with 34 points.

After a scoreless opening quarter, fly-half Adam Hastings started the proceedings with a 21st minute penalty goal and had a chance to extend their lead but Val Rapava Ruskin had a knock-on close to the try line.

The Quins were down to 14 players temporarily by the 22nd minute with Tom Lawday sin-binned for infringing at the breakdown and the home side immediately made use of the numerical advantage as Ruan Ackermann dotted down at the back of a line out and Hastings kicked the conversion to make it 10-0.

A breakdown penalty from Gloucester provided the Quins a chance to open their account and Marcus Smith slotted a three-pointer in the 32nd minute and the visitors went on to level the scores shortly with as Luke Northmore powered his way over just as Lawday was returning from the sin-bin. Smith's conversion meant the scores were levelled 10-10.

However, Harlequins were once again down by a player as this time Northmore was yellow carded in the 38th minute for a deliberate knock on as the teams were unseparated in the opening half.

The trend continued in the second half as well with both the teams looking for a desperate breakthrough in the third quarter which did not quite come and Smith started the final quarter with a missed a penalty chance keeping both the teams levelled at 10-10.

Danny Care on his birthday provided a much needed breakthrough for the Quins as he sniped around the back of a ten-man Quins driving maul to touchdown in the 65th minute and Smith kicked a conversion and a penalty goal to take them to a 10-point lead heading into the final 10 minutes.

Gloucester struck late in the game for their second try as reserve hooker Santiago Socino dotted down off the back of a strong driving maul with just two minutes left on the clock and Hastings kicked the conversion to bring the gap down to three points but they could not quite get over the line as the Quins edged away with a thrilling win.