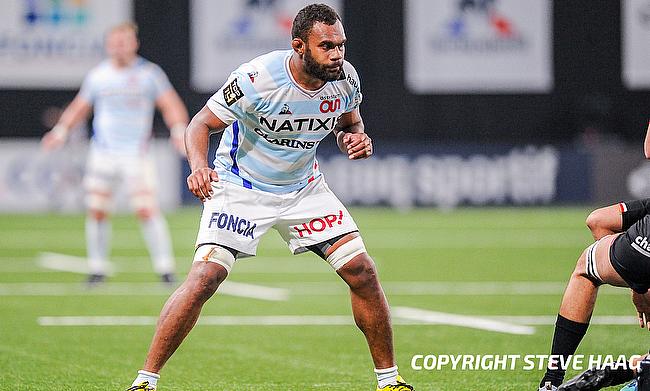 Leone Nakarawa was part of the winning Glasgow side
©Steve Haag

Glasgow Warriors managed to hold off Ospreys as they came from behind to register a 30-25 win in the latest round of Pro14 at Scotstoun Stadium.

The win has taken Glasgow Warriors to 25 points - seven behind third placed Ospreys, who have played an additional game - as they look to keep up their hope of claiming a European Champions Cup berth for the next season alive.

Ospreys had a terrific start to the game when they kicked a penalty to the corner and from the resulting maul, Morgan Morris powered his way over the line to take them to a 0-5 lead.

To make things worse for the home side, they lost Oli Smith to sin-bin for a deliberate knock-on that also resulted in a penalty try for the Welsh regional side, who increased their lead to 0-12.

Ross Thomson with a 17th minute penalty kick got Glasgow off the mark but his effort was negated by a three-pointer from Luke Price in the 22nd minute making the scoreline 3-15. As Glasgow returned to full strength, Thompson kicked back to back three-pointers to help them narrow the gap down to six points at the end of the opening half.

Glasgow went on to claim the lead for the first time within minutes of the restart as Lee Jones put on a sensational solo effort in dotting down and Thompson improved it but their efforts were negated immediately as Gareth Evans powered off from the base of scrum for Ospreys' third try that came in the 49th minute making it 16-22.

The moment of turnaround came when Thompson sent a grubber kick that Rufus McLean capitalised on his way over the line in the 52nd minute and 10 minutes later it was Aki Seiuli, who breached Glasgow defence to dot down. Thompson kicked the conversions on both the occasions as Glasgow increased their lead to 30-22.

Ospreys were given a chance as Glasgow were restricted to 14-men in the final 10 minutes after TJ Ioane was sin-binned but all the visitors could manage was a penalty kick from Price as the Scottish side completed a thrilling five point win.