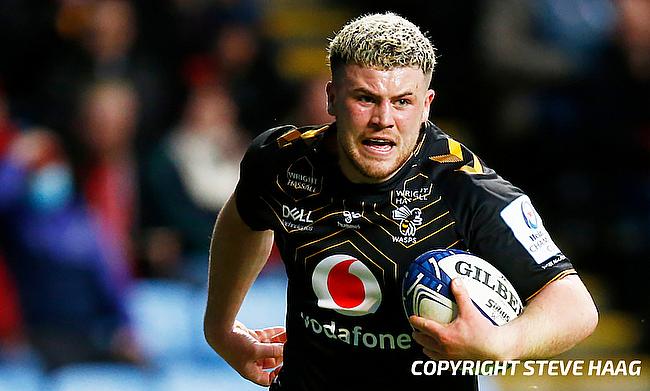 Alfie Barbeary scored a hat-trick as Wasps defeated Biarritz 39-29 at Parc des Sports Aguilera on Friday to secure a berth in the quarter-finals of the European Challenge Cup.

Jimmy Gopperth started the proceedings for Wasps with a 9th minute penalty goal and two minutes later Jacob Umaga collected a long pass from Malakai Fekitoa to touch down to make it 0-8.

The response from Sale came through a 14th minute penalty kick from Gilles Bosch before Charlie Atkinson provided a perfect pass from Barbeary to score his first try and eight minutes later he completed his second with this time he touched down following a powerful scrum. Gopperth kicked both the conversions to make it 3-22.

The dominance from Wasps continued as their try came in the 26th minute when Dan Robson collected a chip from Zach Kibirige before the home side managed to reduce the arrears before the break as Lucas Peyresblanques went over to make it 8-29 at the end of the opening half.

Biarritz were the fastest to get off the block in the second half as Mathieu Hirigoyen powered over in the 42nd minute and 15 minutes later Steffon Armitage dived from close range as the scoreline became 22-29. A Gopperth penalty goal in the 62nd minute extended Wasps' lead to 10 points.

With 12 minutes left in the game, Bastien Soury crashed over to give Biarritz hope but Barbeary completed his hat-trick following a line out to steer Wasps through.