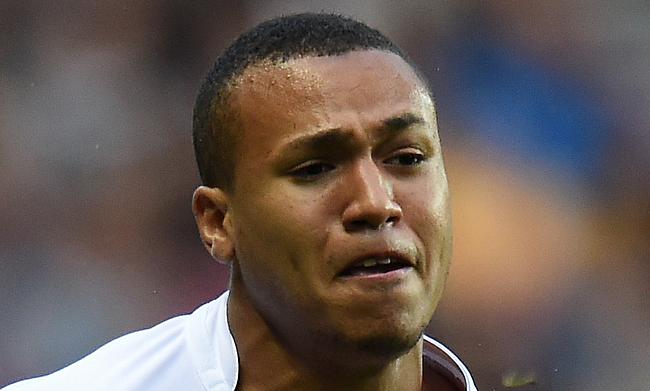 Marcus Watson's first-half breakaway try proved the decider in a hard-fought Aviva Premiership basement battle between Newcastle Falcons and London Irish at Kingston Park that all but guarantees the North-East's side top-flight future.

The 13-6 victory extends Newcastle's lead over Irish - who picked up a losing bonus point - at the bottom of the table to seven points.

There was little between the sides in a nervy penalty-strewn first 25 minutes with referee Wayne Barnes particularly strict on players not rolling away in the tackle.

Mike Delany missed a penalty in the fourth minute after a Nili Latu charge which caught Luke Narraway on the wrong side.

George McGuigan was pinged for the same offence and Greig Tonks made it 3-0 to Irish three minutes later only for Delany to level the scores when Halani Aulika did not roll away in the 11th minute.

And when Taione Vea did the same in the 18th minute to a collective groan from the 7,756 crowd - Newcastle's largest of the season, Tonks calmly slotted the kick to make it 6-3.

It was also thanks to Tonks that the Falcons went in at half-time with a 10-6 lead as the game came to life in the closing 15 minutes of the first half.

With Irish on the attack the fly-half was clearly unnerved by Latu flying out of the defensive line and he threw out a looping pass to no-one and Watson was on it in a flash to race in from 65 metres out for what proved to be a crucial 25th-minute try which Delany converted.

It sparked a big finish to the half from the Falcons and they bombed one five metre line-out following a superb penalty into the corner from Delany and then skipper Will Welch spilled the ball in the Irish 22 after several phases and just before the break Simon Hammersley's kick ahead exposed the Exiles defence.

It seemed McGuigan was over, but he was hauled down and then Alex Tait and Gonzalo Tiesi attacked the blind side, but the Argentinian was held up on the corner flag and driven into touch.

Irish should have scored with a major break which freed Asaeli Tikoirotuma and the winger should have simply kept on going but decided on an overhead infield pass to Andrew Fenby only for the former Falcon to lose it in the tackle.

Moments later Tom Smallbone's late charge into Delany gave Barnes pause for thought regarding a yellow card but it did lead to a 44th-minute penalty from Juan Pablo Socino to make it 13-6.

Hammersley went close again but Newcastle were unable to clear out the rucks fast enough to really make it count and Irish were starting to find gaps in the Falcons defence.

Shane Geraghty's clever chip caused panic in the Falcons' in-goal area and Fenby was inches away from getting the touchdown with 15 minutes left.

The Exiles were dominating possession but Newcastle's defence was impressive in the closing 10 minutes to send the majority of the record crowd home happy.