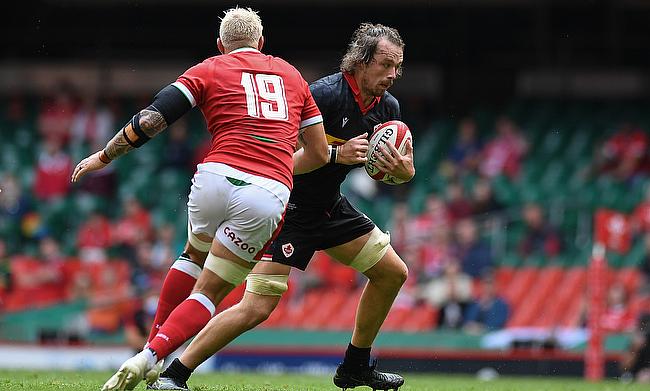 Canada’s 20-month wait for a return to international rugby was ended in the most abrupt fashion at the Principality Stadium last weekend.

After scoring the game’s opening try through Kainoa Lloyd, Wales crashed over the try line again and again, leaving their opposition in their wake as they cruised to a 68-12 victory.

This isn't to say there weren’t positives for Canada. Several players made their debuts whilst the likes of Ben LeSage and Quinn Ngawati combined well in the midfield, as Lucas Rumball, Cooper Coats and Ross Braude also put on impressive displays.

In the days that have followed, thoughts have turned to Eddie Jones’ England, who were surprised by the USA at Twickenham last Sunday despite beating Gary Gold’s Eagles 43-29.

For Canada's Conor Keys, the game at Twickenham will be just his second trip to England’s national stadium. The last time he was in West London was to watch the Army-Navy game with the 24-year-old representing Rotherham Titans back then.

It is that time spent in South Yorkshire that the lock forward credits much of his rugby development to. Receiving his first cap four years ago, whilst still at the University of Victoria, he then went to New Zealand before arriving in England to gain a better understanding of rugby.

“Looking back on it, I think going to Rotherham is probably one of the best decisions I have made in my rugby career,” Keys said. “I was kind of slotted into the national team when I was young and inexperienced, and I just happened to be in the right place at the right time.

Our latest Kit on Tour photo has been sent in by our very own Lindsay Jones. Lindsay caught up with former Titan @theConorKeys out in Oita, Japan, where he is representing his native Canada in the Rugby World Cup. Send yours in to tony@titans-rugby.com pic.twitter.com/eMJguK9qlX

“Going to a place like Rotherham, especially as a tight five forward, they had a pretty simple game plan, which was to try and get a scrum penalty, kick to the corner and then maul it in. Then, if we don’t maul it in, we stuck to the forwards to try and bash it in.

“There is no real place to hide when you are there and for me, there was a massive difference in the set-piece at Rotherham compared to where I was at playing at university.

“Then going back to Canada after that, I felt way more comfortable at the set-piece and in the maul, as well as lineout stuff and in contact. You’ve seen Clifton Lane [Rotherham's home ground]. It is quite a small pitch, so you have to make 20 tackles a game because there is no other option.

“For me, it is one of the greatest things I could have done in my rugby career. It turned me from a young, inexperienced tight five forward, hardened me up a bit and got me to where I needed to be.”

As for teammate Will Kelly, he has been left out of the matchday 23 for Saturday's clash against England, but he will no doubt be playing a major role in camp.

Life in a hotel has become something of a normality for the 23-year-old, as his club side Toronto Arrows have spent the entirety of the 2021 MLR season based in Atlanta, Georgia.

However despite the restrictions, Kelly, who was actually born in Wales, believes Canada applied themselves well at the Principality last weekend and he feels there are plenty of positives to take forward into their upcoming internationals with England and the USA.

“I don’t know how it came across on television, but for that first 20 minutes, the pace was incredible, and the Welsh boys agreed. I think that was a wake-up call for some of the boys who played because that next level of playing against tier-one countries is a big step up.

“It’s the speed, the fitness and the physical conditioning that you need to be able to compete and win at that level, so that is probably the main thing to have come from it. Then, a lot of it is focusing on ourselves and our patterns and what we are trying to do in attack and defence. 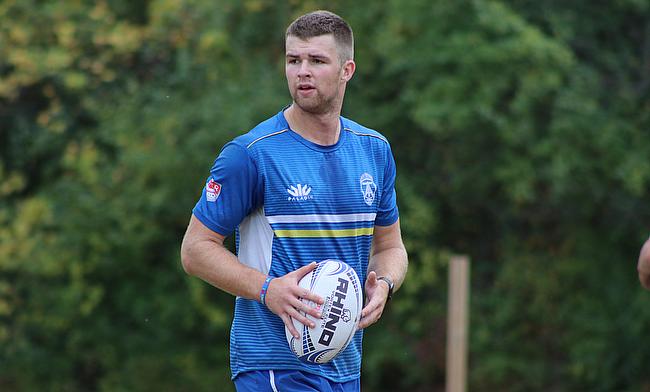 “There are a lot of positives that we took out of it on both sides of the ball, and it is just building on those positives and tightening up on those things we need to work on, with the end goal being the World Cup qualifiers.”

With the aforementioned qualifiers coming up in the autumn, it is clear that Canada’s goals are slightly more long-term. It is also the first time that the team has played with its new coaching staff.

Former Wales coach Rob Howley joined the team (whilst also helping the Toronto Arrows) whilst Jamie Cudmore is forwards coach, Byron Hayward is in camp as a consultant and Dave Butcher is concentrating on the scrum.

Having worked closely with Howley all season with Toronto, fly-half Kelly says that the former Wales coach has already had a major influence on the group in just over a week.

“These are the first matches since the World Cup in 2019,” Kelly told TRU. “So, for a lot of these guys, it is the first time being together in a year and a half, almost two years, but all the players can already say that we can see the benefits immediately in a short space of time.

“It is Rob’s attention to detail, his experience of coaching at the highest levels of rugby and he demands that of us, which is the main thing. He has not come in and said that we are a tier-two nation, so we are not going to go about things as a tier two nation. He is demanding top-class standards.

“That has driven the intensity of training up to be at an all-time high. I think we have been together for eight days now, so that is not a lot of time and I think we are going to see even more of that over the next three or four months and then going forward from that.”

Keys maintains his position in the starting side but will have a new partner in the second-row as Reegan O’Gorman joins him after playing on the flank against Wales. Djustice Sears-Duru, Andrew Quattrin and Jake Ilnicki keep their places in the front-row, as Corey Thomas comes into the back-row, whilst Lucas Rumball and Siaka Vikilani feature again.

Ross Braude and Peter Nelson are the half-back partnership, as Lachlan Kratz comes into the midfield to link up with LeSage and the back three is comprised of Kainoa Lloyd, Cole Davis and Cooper Coats.

In his fourth year as a Canadian international, Keys echoes the thoughts of Kelly that with consistent coaching, the national team can thrive.

“Obviously, Jamie Cudmore is really good for me because he was a world-class second-row,” Keys said. “So I am getting little bits and tricks from him and having him in your ear is very useful.

“Then to have minds like Rob Howley, Kingsley Jones and Byron Hayward here, their coaching pedigree speaks for itself. Rob doesn’t just take the backs. He does a lot of work with the forwards, with our footwork and skills so that the backs can execute their moves properly.

“It has taken a lot of pressure off because before, we only had one or two coaches with a lot on their plate, but now we have a complement of good coaches. We have a designated scrum coach and that is one less thing for the forwards coach to worry about.

“It is quite good because everyone is on the same page. It is less on the plate of the coaching staff. They can be a lot more focus driven at training, which I am really, really liking.”

As Canada continue to build towards the Rugby World Cup in 2023, why not start your own prepartions by booking a match break with Sportsbreak. Find out more HERE