What did Eddie Jones and England learn from the summer 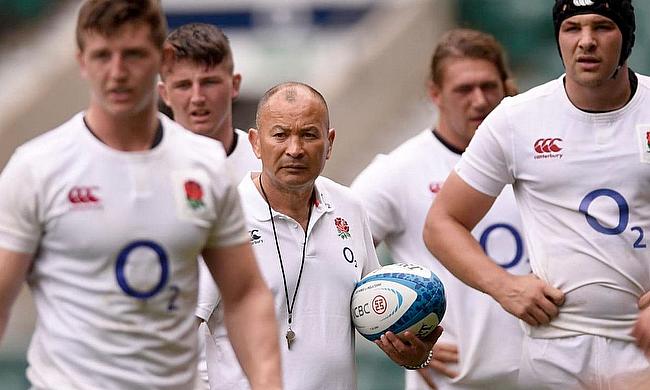 After a busy summer of Test matches, the British and Irish Lions tour of New Zealand and the World Rugby U20 Championship in Georgia, it’s time for northern hemisphere international coaches to sit back and take stock of the last couple of months.

There are valuable takeaways from that period for all the Six Nations coaches, but perhaps none more so than Eddie Jones, who took a developmental England side down to Argentina and returned with a 2-0 series win over a full-strength Pumas side.

We look at some of the most prominent takeaways that Jones will have from this summer and what it means for English rugby heading into their autumn internationals with Argentina, Australia and Samoa later this year.

Dylan Hartley’s appointment as captain at the beginning of Jones’ tenure was far from unanimously celebrated, but his consistency and steadying influence as skipper since has seen him win over a lot of doubters, not least so because of his exemplary discipline since taking the armband.

Critics suggested Jamie George – or Luke Cowan-Dickie or Tommy Taylor – was more deserving of a place in the starting XV but it became a quieter dissenting voice following England’s Tier One record-tying streak of 18 wins.

That debate could be bubbling back to the surface, however, as George took hold of the Lions two jersey in New Zealand this summer and coped exceptionally well with the added pressure and responsibility that the position entailed.

His impact off the bench for England is noteworthy and shouldn’t be discounted in terms of the balance it brings to the matchday 23, but can Jones keep ignoring what that ability could do for 50 or 60 minutes, rather than just 20 or 30 minutes?

Hartley will still be favourite to start those autumn internationals but given George’s showing in New Zealand, early season form could be enough now to sway Jones’ mind.

The flanks have arguably been an on and off problem position for England since the retirements of Richard Hill and Neil Back and whilst Chris Robshaw and James Haskell have both done praiseworthy jobs over the last few years, they are both now in their 30’s and the options behind them – Tom Wood aside - offer plenty of proven Premiership performers, but very little international experience.

In Sam Underhill, Ben Curry and Tom Curry, Jones identified this summer three players capable of not only potentially proving successors to Robshaw and Haskell, but who can also make an impact now and push the incumbents for their spots in the team.

Tom Curry and Underhill both made their England debuts in Argentina, with Curry becoming the youngest English forward to be capped since 1912, whilst Ben Curry was also in the larger squad and the tour will have been a great learning experience for him, despite not making his way onto the pitch.

Two more names to keep an eye on are Zach Mercer and Will Evans.

Mercer captained an undermanned England U20 side to the final of the World Championship in Georgia, whilst Evans, who was part of Jones’ Elite Player Squad last season, was only prevented from featuring in Georgia by glandular fever. The latter has bulked up significantly over the past year and will be keen to make an impact with Leicester this coming season.

Billy Vunipola aside, the formation of England’s back row this autumn is open for debate. Like Hartley, you would expect the experience of Robshaw and Haskell to make them frontrunners, but again, any dip in form at the start of the season and the likes of Curry and Underhill could be ready to pounce.

It has been a while since England had technically talented flankers who are physically capable of excelling at Test level waiting in the wings. The fact they are 19 and 20 respectively just makes it even more impressive.

Jones’ reluctance to turn to Rokoduguni unless there are significant injuries to his favoured core of Anthony Watson, Elliot Daly, Jack Nowell, Jonny May and Marland Yarde has been something that has frustrated large swathes of England fans, most notably those in the blue half of the West Country.

For all his attacking ability, the Bath man’s defence has been critiqued by Jones and cited as the reason for his lack of regular England action. Could that be something that also afflicts the recently capped Denny Solomona?

The Sale wing made an impressive attacking debut, coming off the bench to score a wonderful try and seal a memorable win for England in San Juan, but that performance was underpinned by his defensive errors earlier in the game, which contributed to two tries from Jeronimo de la Fuente and Joaquin Tuculet.

If all things are equal and Solomona is treated as Rokoduguni has been, he will be outside that five-man core of England wings until his defence improves and becomes more consistent, but all things are rarely equal.

Two things going for Solomona in his bid for further England appearances are his age and his ability as a support runner.

At 23 years of age, Solomona is six years Rokoduguni’s junior and feasibly has another decade of rugby ahead of him. He is certainly young enough to build around, develop and correct any faults in his game. Furthermore, with Chris Ashton having packed his bags and headed to Toulon, Solomona may already be the most natural support runner and finisher in English rugby, despite having only returned to the 15-man code eight months ago.

Just like the back row, the formation of the back three should be interesting to monitor going into the autumn internationals.

For the second successive summer, England’s attack has fizzed under the tutelage of Jones’ old teammate and coaching colleague, Glen Ella.

Ella has taken the reins of England’s attack for five matches across two summers, helping them to a combined 5-0 record over Australia and Argentina. The games may have been more open than you would expect in the Six Nations but it is fair to say that in those five matches, England’s attack has looked as fluid and cohesive as it has in many a year.

Across those five games, they have averaged 35.8 points and 3.4 tries per game, tallies that shouldn’t, on foreign soil, be sniffed at.

It is worth noting that Sam Vesty, Worcester’s backs coach, was also a part of this summer’s tour to Argentina and contributed significantly to the clinical nature of England’s attack.

Jones is a fan of bringing in fresh voices and not allowing things to go stale, so don’t expect Ella or Vesty to be brought on board full-time, but the impact of the former has been consistently impressive. If England want to ramp up their attacking preparations for the 2019 Rugby World Cup, they could do much worse than test the waters with Ella.

Eddie wants size, but didn’t roll the dice in Argentina

Jones has publicly stated that he wants to add size to his backline but didn’t take the opportunity in Argentina to try out any of his larger options.

The Australian got a closer look at some bigger backs in the forms of Nathan Earle, Harry Mallinder, Joe Cokanasiga and Ollie Devoto in his squad, but it was the smaller Alex Lozowski, Henry Slade, Denny Solomona and Piers Francis that got the nod in the matchday 23s in Argentina.

Cokanasiga did carry a slight injury into the tour from his end of season exploits with London Irish, but it remains to be seen whether the remaining trio being unused will go down as a missed opportunity for Jones.

Their time could come in the autumn if they start the season strongly, but with Owen Farrell, Jonathan Joseph and Ben Te’o returning from Lions duty, the England midfield pecking order will become significantly more congested for Mallinder and Devoto, whilst the returns of Nowell, Daly and Watson will do the same for Earle and Cokanasiga on the wing.