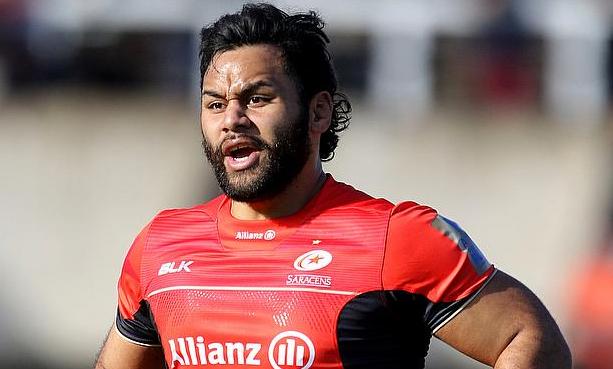 Mako Vunipola is proud of little brother Billy's self-control after he was booed throughout Saracens' Heineken Champions Cup victory over Munster.

England's No8 was targeted and abused by a Munster fan who ran on to the Ricoh Arena pitch and gestured at Vunipola with his fingers as he joined team-mates on a lap of honour.

Vunipola received formal warnings from his club and Rugby Football Union in the past week over his support for Aussie Israel Folau’s homophobic Instagram posts. He also posted on social media that "man was made for woman to procreate that was the goal no?"

"It is one of those things that happens. You deal with it and move on. He did well not to respond, so fair play to him.

"As a brother you look out for each other but he is a big boy who can take care of himself.

"We are all humans and we all have emotions. The club dealt with it (Vunipola social media) at the start of the week, and we went out there and I thought that performance showed who we are as a team.

"He (Billy Vunipola) just went out there and did his bit for the team. He showed how much he cares for the players around him."

Billy Vunipola: Everybody want to be on that Lions tour