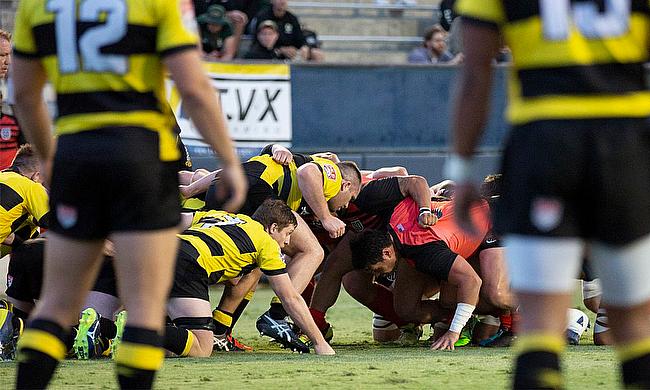 Last weekend saw the second round of Major League Rugby of rugby as Utah Warriors took to the field for the first time. Austin Elite travelled to their local rivals Houston, Glendale visited Seattle and San Diego hosted Utah.

The round’s first game saw what most fans hope will become a fierce rivalry between Austin and Houston. Whilst the cities are separated by over 160 miles both teams hail from Texas, so from a British point-of-view that’s a rivalry.

Austin scored two tries with the second coming from former high school all-American and current USA flanker, Hanco Germishuys. The conversion for Germishuys’ try was unsuccessful, and the first half ended with a competitive scoreline of 17-0 in Houston’s favour.

The SaberCats flew out of the blocks in the second half with Canadian hooker Lindsey Stevens eventually scoring a try. Within a few minutes, Fijian Josua Vici scored a try to secure the points for Houston. Justin Allen then added another try for Houston before the 50-minute mark leaving Austin with no hope of gaining anything from the game.

Austin did enjoy a brief resurgence with tries from Sione Fangaiuiha and Timothee Guillimin that made the scoreline look more competitive at the hour mark. Sam Windsor scored a try with an impressive carry that beat several Austin players.

This game also saw the debut of former New England Patriots player Joey Iosefa for Houston. The ex-NFL full-back played at centre and scored a try with his first touch of the ball. Austin winger Alex Faison-Donahue then added his own try to the mix as the game heated up as it drew to a close. Austin scrum-half had the final say of the game with his try in the 80th minute. French fly-half Guillimin added the conversion to finish the game.

The game finished 50-38 in Houston’s favour, but they will be concerned with their late defensive errors that let Austin run riot in the closing stages of the game.

The weekend’s second game saw two victorious sides clash against one another at a sold-out Starfire Stadium. For a second consecutive week, Seattle had home advantage as Glendale came to town to ruin the Seawolves party.

In what was a tight affair and this game proved that this league wasn’t just about the attack, but that defensive games can work. Early in the game, Glendale’s full-back, Maximo De Achaval was sin binned for a dangerous tackle.

This said, Glendale went 3-0 up when US fly-half Will Magie kicked a penalty. Magie added another three from the boot to score another penalty to double his sides lead. Zach Fenoglio scored a try before Seattle got their first points of the game thanks to Canadian winger Brock Staller nailing a kick.

At half-time, the scoreline read 11-3 in favour of the visitors. The second half started no different with Harley Davidson scoring yet again for Glendale, the conversion was missed by Magie. This was the first MLR game when a side had so much forward dominance, the Seawolves ended the round with four of their pack in the team of the week.

They then scored a try following a driving maul, Brock Staller converted the score. Seattle battled to get into the game, but Glendale scored a penalty before Seattle scored the final try of the fixture. They converted the score, ending the game 19-15 in favour of Glendale.

Sunday saw Utah make their fist foray into the competition, taking on San Diego Legion at the Torero Stadium in California. Last time out, San Diego lost away to Seattle in what will hopefully become the west coast rivalry.

Utah, meanwhile, wanted to start their MLR participation with a bang. Unfortunately, it was more like a pop.

Less than two minutes into the game, the Legion scored through former American football player Sione Tuihalamaka, the prop scoring a try with former Connacht man Tadhg Leader adding two points from the tee. Another prop for San Diego scored, this time Anthony Purpura going over the line. This time Leader pushed the kick wide.

Then came Utah Warriors history when Zimbabwean Ben Nicholls scored the Warriors’ first ever try in the MLR. Tongan international fly-half Kurt Morath added two from his trusted boot. Tongan Saia Uhila scored from the base of a scrum underneath the sticks and it was an easy kick for Morath to give Utah a 14-12 lead.

However, it was San Diego who went into the break in front. Former Waikato player Mungo Mason scoring a try in front of the home fans. The kick was missed making the score 17-14 at the interval.

It took until the 56th minute for any points to be scored in the second half with San Diego centre Anthony Salabar ending the points drought. Morath then added to his tally with a penalty to bring Utah within seven of their hosts.

USA winger Ryan Matyas also scored for San Diego and Dylan Audsley confidently converted the score for his side. These would be the last points for San Diego this game. Utah scored late on through Ben Nicholls again, the conversion was taken quickly, but the score ended 31-24 in San Diego’s favour.

This league has been nothing short of competitive since it began two weekends ago. There will be plenty of attacking highlights when the season concludes on the 7th of July. The Seattle Seawolves game proved that there will be defensive matches in which each side’s forwards battle it out to win the contest up front.

Hopefully we see more of these games and at some stage soon, there will be a performance when one side completely dominates another and less passive defending that see’s ridiculously high scorelines.