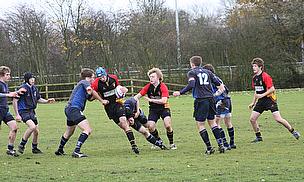 The Stormers came from behind to beat the Lions 19-16 in a thrilling end to the all South African tie in Cape Town.

A try from loose forward Pieter Louw in the 75th minute was enough to rescue victory for the home-side after a valiant effort by the Lions who suffered their second loss of the season.

It was a scrappy game between the two sides with flashes of brilliance combined with poor handling and silly mistakes from both teams.

The Lions -who failed to win a single game in last years competition- will feel hard done by having gone close in last week's game against the current Champions the Bulls.

Three missed kicks from young Fly-Half Elton Jantjies proved to be the killing blow to the away-side who probably should have won.

The Stormers took an early lead on four minutes through Gary Van Aswegen's penalty after the Lions were penalised for offside in front of the posts- Lions 0- 3 Stomers.

The Lions then took an unexpected lead on 16 minutes when Outside Centre Waylon Murray crossed over in the corner. Good hands along the backline created space for Bandise Maku who, in an unfamiliar position out wide, popped the ball up off the floor for the centre to grab his 7th Super rugby try. The conversion would always be difficult and missed- Lions 3-8 Stomers

The visitors were looking a far different outfit from the side from last year with organised and disciplined forward powerplay.

Things took a turn for the worse for the Stormers when Deon Fourie was sent to the bin for not releasing his man on the floor on 25 minutes.

The Stormers then kicked their way into the lead on the stroke of half-time. Van Aswegen kicking his third penalty of the game for an offside offence against the Lions who were starting to tire-Lions 9 -8 Stormers

Into the second half and the home-side started the brighter. But ill-discipline from their full back Conrad Jantjies for a late hit, gave his namesake Elton the chance to take the lead again on 50 minutes. He slotted from just outside the 22-yard-line to put the underdogs ahead-  Lions 9 - 11 Stormers

The Stormers were failing to get into their rhythm and the Lions struck again with a try from Jako Taute. A 5 metre scrum setting up the backs who passed behind their two centres to create an overlap for Michael Killian to feed the ball inside for Taute who crossed over in the corner- Lions 9 - 16 Stormers.

Hands in the ruck on 62 minutes gave the Stormers the chance to narrow the deficit and replacement Fly-half Peter Grant- who returns from a spell in Japan with the Kobe Steel Kobelco Steelers- introduced himself to the game with a comfortable three points- Lions 12 - 16 Stormers.

The Stormers were now beginning to find their stride and started to exert their force on the game, cutting good lines to create space for forward runners to drive through.

Then on 75 minutes, the home-side kicked to the corner and went for the throat of the Lions. Solid line-out ball set up the driving maul and Louw crashed over to give the side from Cape town a dramatic lead in the final minutes. Grant converted and the Lions looked deflated for all their efforts- Lions 19 -16 Stormers.

A late surge from the Lions created a tense finish to the match but it was not enough and the Stormers scraped through to victory.

The Stormers now move up to fifth in the Super 15 with two victories, with the Lions at the foot of the table collecting only two bonus points from their opening two games.