Leinster storm into play-offs with 55-19 win over Glasgow 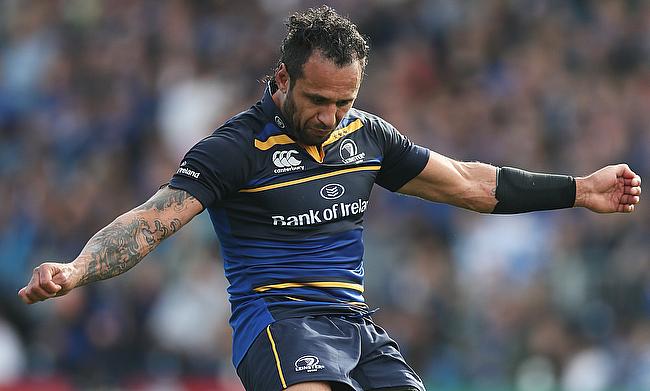 Isa Nacewa and Scott Fardy scored doubles as Leinster stormed into the quarter-final with a 55-19 victory over Leinster at RDS Arena in the European Champions Cup.

The win has taken Leinster to 23 points as they maintained their position at the top of Pool 3 while Glasgow languish at the bottom after suffering their fifth consecutive defeat.

Flanker Jordi Murphy scored an early try in seventh minute to get Leinster off the mark with Johnny Sexton slotting the extras to make it 7-0.

However, the Irish regional side suffered a setback when Murphy was sin-binned in the 10th minute and Glasgow made use of the numerical advantage when Nikola Matawalu touched down that was improved by Pete Horne to level the scores 7-7.

Nacewa further extended Leinster's advantage when he dotted down in the 57th minute but his efforts were negated by Adam Ashe in the 61st minute. Leinster's seventh try came through James Lowe in the 67th minute but once again Glasgow replied through try from Matawalu.

Despite, Glasgow showing resilience in the second half, the damage from Leinster was already done in the first half as Fardy capped off a fantastic game for the Irish regional side with a try in the 77th minute that completed a 55-19 victory.