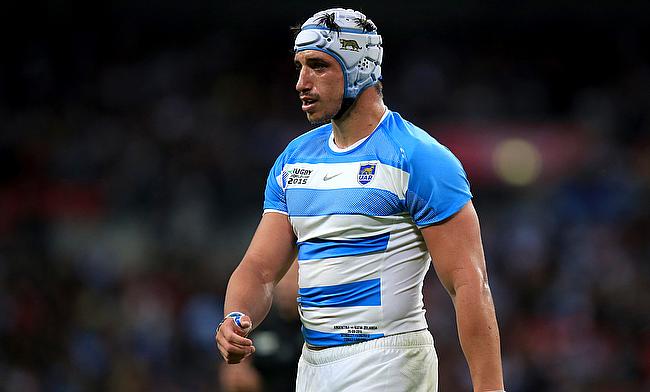 Leicester Tigers have secured the signing of Argentina international Tomas Lavanini for the 2019/20 season.

Lavanini started his professional rugby career with Pampas XV in 2014 and featured for French side Racing 92 for the 2014/15 season before switching to Super Rugby side Jaguares in 2016.

“It is an exciting challenge for me to make the move to the Premiership next season and one I am very much looking forward to," the 26-year-old said.

“To join a club like Leicester is a huge honour and I can't wait to become a Tigers player, working alongside the players in the squad and playing at Welford Road.

“The club is entering a new chapter under Geordan murphy and I'm keen to contribute and help build on the success of the past.”

The 6ft 7in lock has featured in 50 Tests for Argentina since making his debut in 2013 and last featured for the Pumas during the November series last year.

“Tomas has played an important part in a big, physical and impressive Pumas pack and he has a lot of experience for a player of his age," said Tigers head coach Geordan Murphy.

“He brings a lot of the attributes we’ve been looking for in that area and we think he can continue to develop with us. We’re delighted that he has agreed to join the Tigers and we’re sure the Welford Road supporters will give him a big welcome.”

Leicester Tigers are positioned 11th in the Gallagher Premiership table with just seven wins from 21 games and will face Bath at Welford Road on 18th May in the final round.