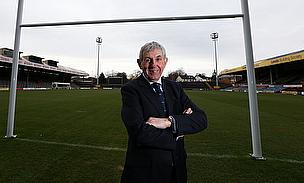 Leeds Carnegie have received a boost ahead of this Sunday's crucial Greene King IPA Championship clash with London Scottish at Headingley Carnegie with the signing of fly half Jonny Bentley on loan from Aviva Premiership side Gloucester until the end of the season.

The 27-year-old is originally from Wellington in New Zealand and played four seasons in the Championship with Cornish Pirates before his move to Kingsholm at the start of this season. Gloucester have the opportunity to recall Bentley, if required, however he will get the chance to gain valuable game time as part of Leeds Carnegie's push for the play offs.

Commenting on the signing Director of Rugby Chris Gibson said, "We are delighted to have secured the services of Jonny Bentley. He is someone we have monitored for a long time but unfortunately for him, he had suffered injuries earlier in his career. He is now fully fit and keen to show what he can do and we are pleased to bring in a player of his quality and desire into our existing group. He knows a good number of our squad from his time at the Pirates and will have benefitted from his time with Gloucester and playing for a Premiership side.”

Bentley added, "It has been great to meet the boys this week and I am looking forward to settling in and helping the team where I can. Leeds are going well this year and are right up there pushing for promotion. I was impressed with the ambition the club has and, if I can help the club achieve their goals whilst I am here on loan, then it will be a great result for everyone.”