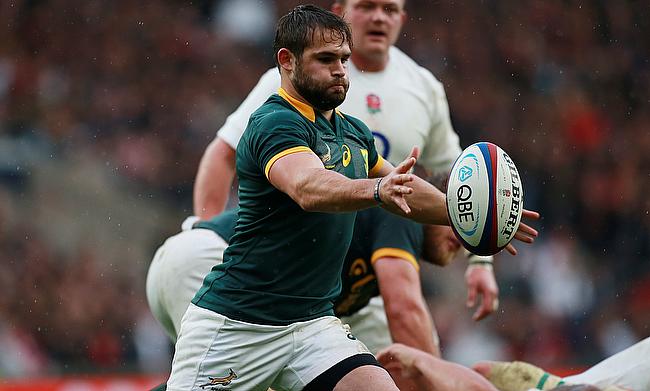 Mark Wilson scored the decisive try in the 86th minute as Newcastle Falcons edged out Northampton Saints with a 14-16 victory in their Gallagher Premiership encounter at Franklin's Gardens on Saturday.

This is Newcastle Falcons' sixth win in as many games against Northampton in the league and it spoiled the party for England skipper Dylan Hartley, who made his 250th appearance for the club. The Falcons now are at 11th place with 15 points with Northampton at ninth place with 17 points.

Toby Flood kicked penalties in the third and 26th minutes to get the visitors to a six point lead before Northampton struck back with a try from Cobus Reinach that was improved by Dan Biggar as the teams went into the break with a 7-6 scoreline.

The Saints further extended their lead with Reinach's second that came in the 48th minute and once again Biggar slotted the conversion as they moved to 14-6. After a dry period where teams failed to score any point, Brett Connon's penalty kick in the 71st minute gave Newcastle hope bringing down the gap to five points.

The game had an eight minute added time and it was Wilson on his return from England duty had a try awarded by TMO that brought the scores level at 14-14 by the 86th minute while Flood held his nerve and slotted the vital conversion to see Newcastle complete a thrilling two point victory.

"It's a bit of heartbreaker, isn't it? We need to look back on Monday and see what happened," said Newcastle rugby director Chris Boyd to BBC.

"We were in control of the game. Maybe we got a bit conservative and stopped playing. We made a few too many errors in critical areas.

"That compounded on us and at the end of the day we couldn't hold them out. It's a bitter pill to swallow."