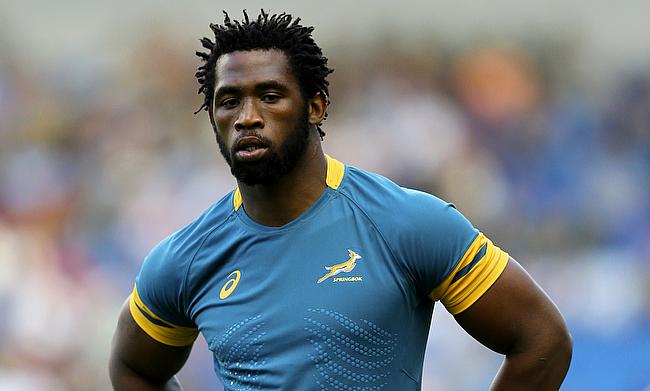 South Africa head coach Jacques Nienaber has made two changes to the starting line-up for the fifth round of the Rugby Championship clash against New Zealand.

Kwagga Smith comes at openside with Franco Mostert dropping to the bench while Lood de Jager has successfully completed concussion return protocols to be part of the second row that also has Eben Etzebeth.

Cheslin Kolbe continues to remain on the sidelines as he makes a recovery from a leg injury.

"Experience will be vital to ensure that we remain focused and calm throughout the match, and players such as Elton and Frans will bring that when they take the field," said Nienaber.

"They have both played and won against the All Blacks, but they will also bring a set of different skills.

"Both Elton and Frans have been training very well, they have also been in our structures for years and have performed well for the team in high-pressure matches, so we are keen to see what dynamic they will bring to the game.

"Lood also boasts 51 Test caps, which will be valuable in this match, while Kwagga has faced them before as well, which gives us a chance to give Franco a well-deserved opportunity to be managed carefully this week after a physically taxing load since the season started."