Kevin Sinfield on his time in Rugby Union, the challenges he faced and Josh Charnley 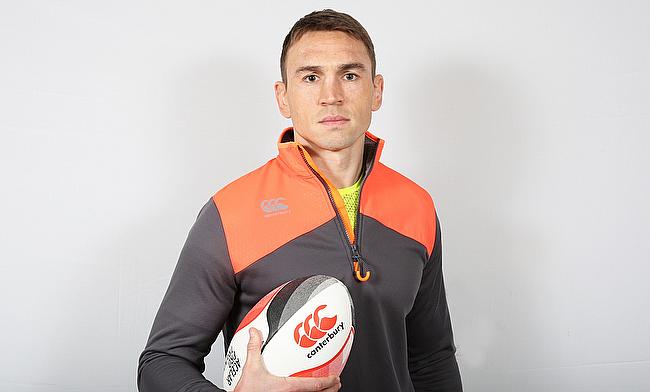 Rugby league legend Kevin Sinfield has said he had no regrets about seeing out the rest of his playing career in rugby union.

The 36-year-old brought an end to his glittering career after Yorkshire Carnegie’s Championship play-off defeat against Doncaster Knights in May.

Sinfield had been signed on an 18-month deal, but announced his sporting career would come to an end in April of this year.

“The reason I tried union was because of the challenge. I’ve always been a big union fan and I always fancied playing. Before I hung up by boots, I just wanted to give it a go.

“I think in whatever walk of life you are in, if you’ve got something that you feel you need to do, then go for it and it was the same thing with me when it came to union.”

Having achieved so much, the challenge of union is what made Sinfield switch codes and he believes that is what attracts any player who is looking to make the transition.

But, he admits it is not a smooth process to adapt to the other form of the game.

“It was tough and it was everything that I thought it would be,” he added.

“The lads were absolutely brilliant at Yorkshire Carnegie and it helped me love the game more. I think the biggest test for me were some of my instincts.

“I had been a stand-off in Rugby League and I was used to managing the game and attacking space and then suddenly I am playing fly-half in a game where you need to attack space, but only at the right time.

“At first, my instincts were built on playing 25 years of rugby league and not union, so in theory I was on a crash course.

“To have the opportunity to play two professional sports is brilliant and I am so proud of the fact that I had the courage to give it a go. It would’ve been really easy for me to stay in league and continue playing the game in that comfortable environment, but to throw myself into union was great.”

The latest high-profile player to follow in Sinfield’s footsteps is Josh Charnley who joined up with Sale Sharks following Wigan Warriors’ Grand Final win at the start of October.

Charnley, who is set for his second Aviva Premiership appearance tomorrow night against Exeter, played alongside Sinfield in the 2013 Rugby League World Cup and his former skipper has backed him to be a success at the AJ Bell Stadium.

Sinfield added: “He [Charnley] is very talented. It might take him a little bit of time, but I think winger is probably the easiest position to adapt to whichever way you switch code in the sport.

“The only one to compare him to would be Jason Robinson and the success he had. I think everyone will look after Josh at Sale and it wouldn’t surprise me if he did incredibly well.”

Sinfield was speaking to TRU at a Canterbury training event in London.