Keeping Up with the MLR 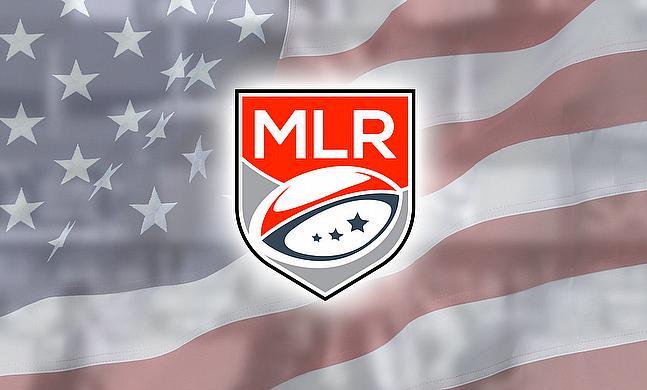 TRU’s Joe Harvey rounds-up the latest news from across the pond as the build-up to the new Major League Rugby season continues….

Next year, there will be nine teams taking to the field, two more than in 2018. Rugby United New York and the Toronto Arrows will be taking part in the league, having done exhibition seasons last year.

It is the New York franchise who are making all the headlines right now, having signed big name players for their foray into professional club rugby. Possibly the biggest signing that the side have made is former England international, Ben Foden.

A Northampton Saint for 10 years, Foden will make the switch to New York and will be one of the leagues most famous faces. Alongside Foden, RUNY have signed several USA internationals including hooker Dylan Fawsitt, lock Nate Brakeley and utility back Luke Hume.

Fellow newcomers Toronto Arrows won’t be the first professional rugby side in the city, following in the footsteps of the Toronto Wolfpack in Rugby League. It was only announced that the side would be joining the league at the start of this month.

Rebranded from the Ontario Arrows, the side are already providing the Canadian national side with eight players for the Rugby World Cup Qualifying Repechage tournament. This includes winger Kainoa Lloyd and lock Paul Ciulini.

The Canadian side have also invested in some foreign talent too including Uruguayan back Gaston Mieres, a former Coventry player, who has been capped 60 times for his country. Mieres will be one of five Uruguayan internationals playing in the league next season.

Also new for the 2019 season, will be a new home for the Houston SaberCats. Having announced a partnership with information technology company, Aveva, they are collaborating to build the SaberCats’ new ground.

Construction is officially underway on the #Houston #SaberCats new home, #AVEVA Stadium. Check out our CEO, @CHayman, proudly sporting his SaberCats jersey alongside Houston's Mayor Turner and members of the team at the groundbreaking ceremony! https://t.co/imxiWW30eq pic.twitter.com/XE12MP4MyR

Being named the Aveva Stadium, the venue will be able to seat 3,000 people and will also be able to accommodate 1,000 supporters standing. Purpose built for rugby, Justin Fitzpatrick’s side will be in the perfect place to improve their fortunes from last season.

This not new for 2019, but for 2020, it has been confirmed that there will be at least three new sides coming into the league in just over a year. The New England FreeJacks will be joined by teams from Atlanta and Washington DC.

Having already signed San Diego’s Tadhg Leader, the FreeJacks have recently announced a major partnership with the IRFU. Playing a series of development games across March and April, the Irish provinces will be fielding ‘A’ sides in both Ireland and the USA.

The IRFU and Free Jacks are excited to announce a transatlantic series! Top Irish provincial sides from Connacht, Leinster, Munster and Ulster to play in New…
??https://t.co/mmGN14iFJP pic.twitter.com/f9ju7CgjBd

This will give the FreeJacks time to develop their players, as well as to develop their side ahead of 2020. In addition to this, these games will see Leader play Connacht, the side he left four years ago. Atlanta have announced that sevens side Tiger Rugby will be their high-performance partner, so we can expect an exciting brand of rugby from them in two years’ time.

One week ago, the new league fixtures were announced, throwing up some interesting matchups early on in the season. Starting on 26th January, the first game of the season will see NOLA Gold host the Toronto Arrows. We will also get to see RUNY for the first time too.

The New Yorkers will be travelling to California to take on the San Diego Legion, while there will also be a Texas derby as Austin Elite host the SaberCats.

One of the standout fixtures is a replay of last season’s final as Seattle host Glendale to end the first weekend of fixtures.

Probably the most intriguing thing that the league fixture announcement threw up, was that Toronto won’t play their first home game until April. Playing eight matches on the road before eight consecutive home games, it will be interesting to see how the Canadians fare on their first outing.