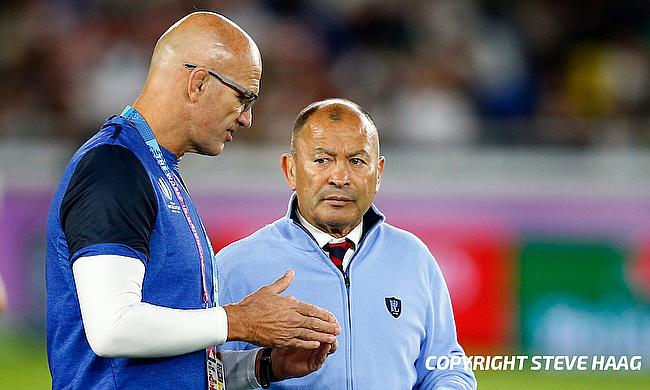 Former England defence coach John Mitchell has denied speculations that a fall out with head coach Eddie Jones led to his resignation from the role.

Media reports indicated that Mitchell was denied by Jones to see his son Daryl Mitchell play for Middlesex on a day off which led following which he stepped down from his role as defence coach in July to take a similar role with Gallagher Premiership club Wasps.

Nevertheless, the 57-year-old said the Covid restrictions and bubbles forced him to return back to club rugby despite initially signing a contract extension with the Rugby Football Union until the 2023 World Cup.

"It was an easy decision actually in the end," Mitchell said.

"I had a normal chat and at the end said, 'Eddie, I'm done mate, thanks very much. You've now got the opportunity to find someone else'.

"I think at 57 years of age I value things differently in my life, and just made a decision that I felt that I wanted to get out of international rugby at that point.

"You're sick of the bubbles, sick of the time away from home and I wanted to look at returning to club rugby."

Mitchell already had the experience of being sacked from coaching role following New Zealand's defeat to Jones guided Australia during the 2003 World Cup semi-final which brought a change to his thinking.

"If a gold medal was important to me and a World Cup, if that was my main priority, then maybe my decision would be different, but I value life more than just winning a World Cup," Mitchell said.

"My life has been exposed before in not winning a World Cup so I know exactly what that's like. I'm certainly not going to put myself in that situation again."