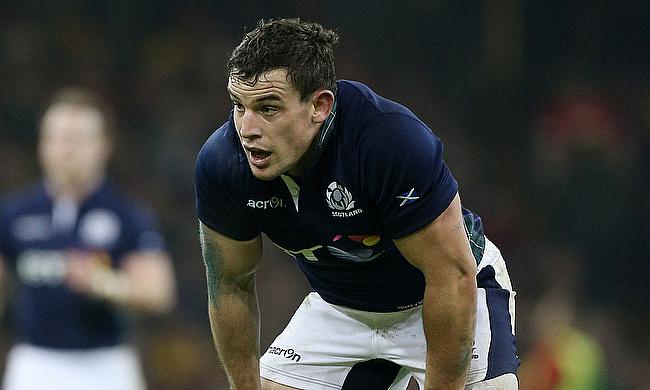 Edinburgh have confirmed that Scotland international John Hardie has penned a new one-year deal with the Pro 12 club.

The New Zealand born flanker switched to Edinburgh after spending almost six years with Super Rugby side Highlanders, making over 50 appearances for them.

Hardie's international debut for Scotland came during the 2015 World Cup warm-up game against Italy and has went on to play 15 Tests since then.

Edinburgh had a disappointing outing this Pro 12 season where they managed just five wins from 21 games and are positioned ninth in the table. However, Hardie is hoping to turn things around when ex-Leicester Tigers boss Richard Cockerill take in charge next season.

"I'm looking forward to another year at Edinburgh.

"The club has been great to me since I arrived a few years ago, and I've loved every minute playing alongside the boys.

"It's been a disappointing season for us all, but we've got a good squad and the potential to really kick on next season.

"There's a good mix of youth and experience and we should really benefit from that going forward."

"It's great news for the club and Scottish rugby that John has committed to Edinburgh for another year.

"He's an outstanding openside and gives everything for the shirt every time he takes to the field.

"It's a real boost to the squad to add further depth to a highly-competitive back-row ahead of next season, and we're looking forward to seeing the players thrive in that environment next year."