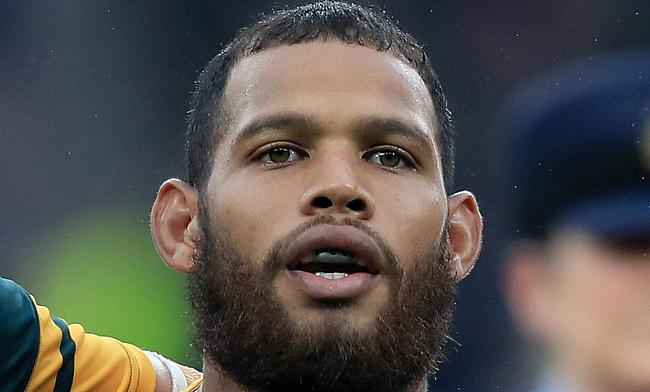 Chris Smith scored a decisive 76th minute penalty goal as Bulls edged out South Africa A side with a 17-14 margin at Cape Town Stadium on Saturday.

Springboks coach Jacques Nienaber made several changes to the side that defeated British and Irish Lions on Wednesday to have a look at the fringe players ahead of the Test series on 24th July with Elton Jantjies handed captaincy.

“We wanted another SA ‘A’ match to give all the players a chance to show what they are capable of before we enter the Test Series against the British & Irish Lions, and we are excited to give these players this valuable opportunity,” said Nienaber.

Both the teams were looking for an early advantage and the deadlock came to an end in the 12th minute with Cobus Reinach breaking the defence of Bulls before offloading to Aphelele Fassi for the opening try and Jantjies kicked the conversion to make it 7-0.

The 18th minute saw South Africa A side reduced to 14-men temporarily with Wandisile Simelane sin-binned for repeated infringements and with the numerical advantage on their side, Bulls pressed forward but a stern defence from South Africa A prevented any damage.

Simelane made a strong comeback from sin-bin as he dotted down in the 38th minutes after Rosko Specman and Thomas du Toit laid the build up. Jantjies kicked the extras perfectly as the opening half ended with a 14-0 lead for Nienaber's men.

Handling errors did not allow South Africa A to make any breakthrough in the second half as Bulls finally got their momentum in the 66th minute with Zak Burger threw an inside pass for fly-half Johan Goosen to go over the line. He also kicked the conversion as the gap came down to seven points.

The scores were levelled in the 68th minute with this time David Kriel and du Plessis combined to send Johan Grobbelaar to dot down and Goosen's conversion made it 14-14 with 10 minutes left in the game. With Goosen leaving the field, replacement Chris Smith with a penalty kick from just inside Bulls half to seal a thrilling win.